Brett Kavanaugh accuser Christine Blasey Ford took a polygraph test in Maryland, far from her home in California, despite her alleged fear of flying.

Documents released Wednesday show that the polygraph test was administered to Ford on Aug. 7 at the Hilton Hotel in Linthicum Heights, Maryland, not far from the Baltimore-Washington International Airport. 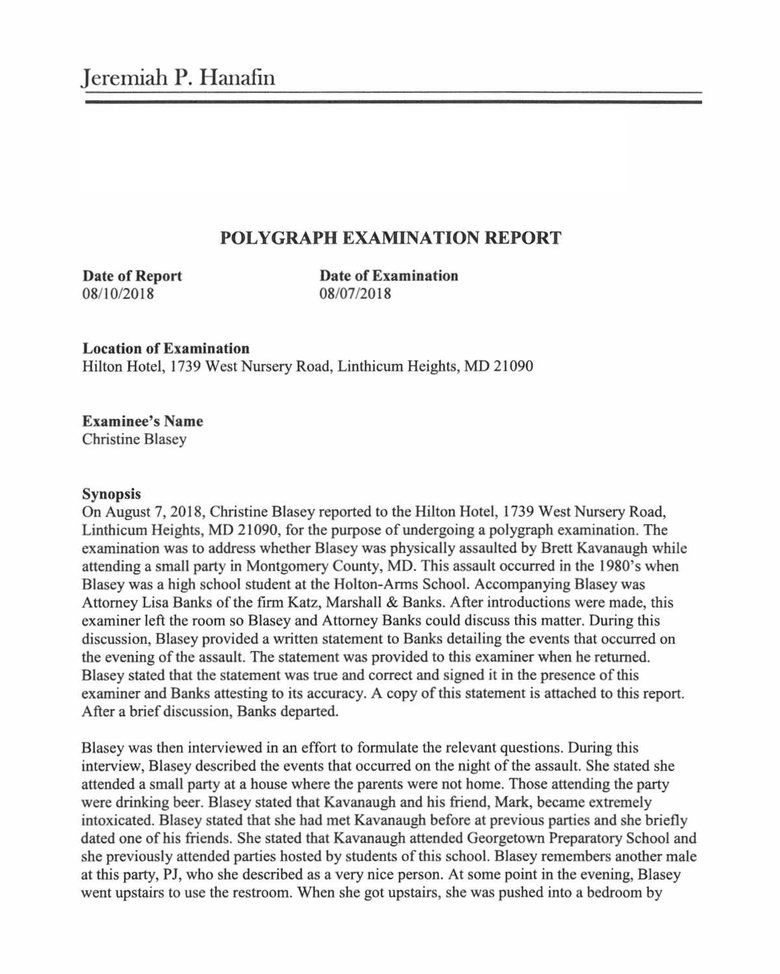 A friend, Kate DeVarney, told CNN that Blasey Ford did not enjoy flying, because she “really has a hard time being in a place where there’s no escape route.”

Christine Blasey Ford, the professor accusing Supreme Court nominee Brett Kavanaugh of having sexually assaulted her when he was in high school, has previously told friends that the alleged encounter from more than 30 years ago has had a lasting effect on her life.

Two longtime friends of Ford’s told CNN this week that she has previously described feeling uncomfortable — even struggling — when she is in enclosed spaces without an “escape route” or more than one exit door, and suggested that this discomfort stemmed from the alleged encounter with Kavanaugh.

This was the reason that Ford did not enjoy flying, DeVarney said — an airplane was “the ultimate closed space where you cannot get away.”

The fear of flying was used as an excuse for Ford not being able to testify in a timely manner before the Senate Judiciary.

In her letter to California Democratic Sen. Dianne Feinstein dated July 30, 2018, Ford said she would be on vacation in the Mid-Atlantic until Aug. 7, the day her polygraph was given. 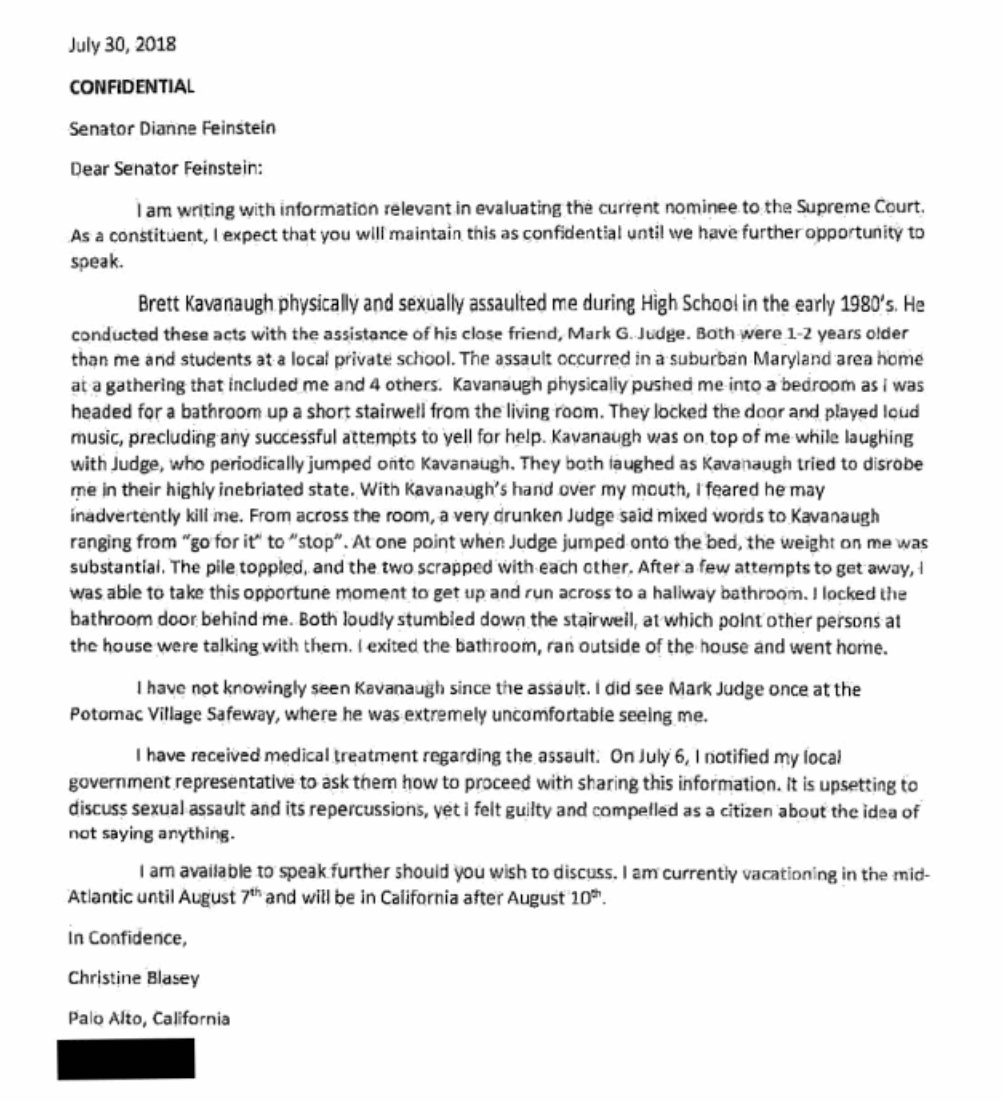 Ford is due to testify before the Senate at 10 a.m. EST Thursday.