“Jersey Shore” star Jwoww has filed for divorce from her husband Roger Mathews after three years of marriage. 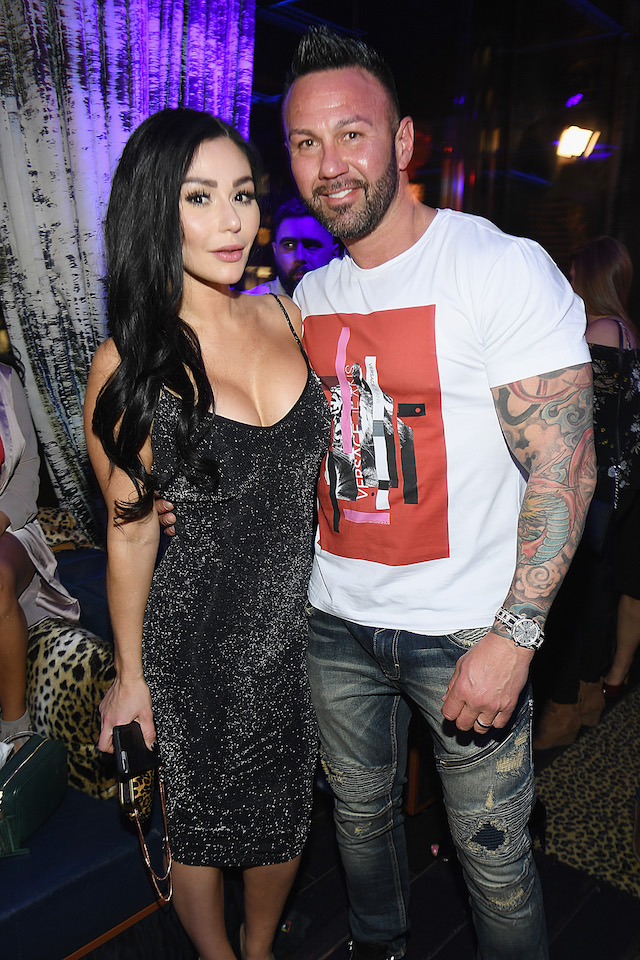 “The Plaintiff and the Defendant have irreconcilable differences which have caused the breakdown of the marriage for a period of at least six months which make it appear that the marriage should be dissolved and that there is no prospect of reconciliation,” Farley’s complaint read, according to the Ashbury Park Press.

The reality star’s husband appeared several times on the original MTV series. However, he has been absent from any of the tapings of the latest show featuring the cast called “Jersey Shore: Family Vacation.”

It is unclear exactly what happened between the two. However, Mathews opened up earlier this year about how some days “it’s a struggle to stay together.”

“Some days it’s a struggle to stay together. Some days she calls me a f**king d**k head (cause I am),” Mathews shared.  “Some days the grass looks greener on the other side. We aren’t even close to perfect and I have no intention on pretending that we are.”

The MTV star and Mathews tied the knot at a celebration in 2015 and share two children together, a four-year-old daughter and two-year-old son.

The same report stated that she’s seeking joint custody and for primary residential custody of their kids.