“I will vote to confirm Judge Kavanaugh,” said Flake, who has been seen as a swing vote on the nomination.

“I left the hearing yesterday with as much doubt as certainty. What I do know is that our system of justice affords a presumption of innocence to the accused, absent corroborating evidence,” the statement continued. “I believe that the constitution’s provisions of fairness and due process apply.” 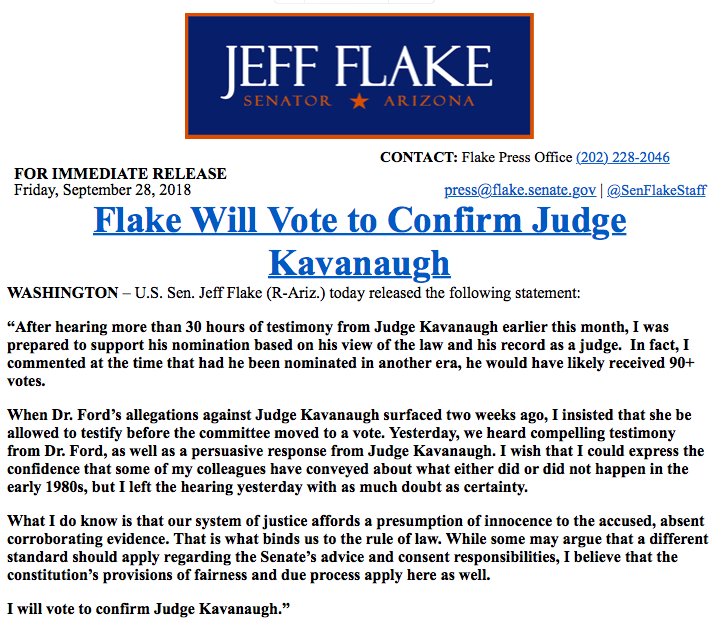 Kavanaugh defiantly defended himself Thursday afternoon in a special hearing.

Kavanaugh has rebutted the allegations made against him that he sexually assaulted Dr. Blasey Ford 36 years ago.

“This confirmation process has become a national disgrace,” Kavanaugh said forcefully. “You’ve replaced advice and consent with search and destroy.”

Flake makes for 48 confirmed GOP “yes” votes on Kavanaugh. The judge could be confirmed in a Senate vote as early as this weekend.