Remember that time when lefty protestors ruined Sen. Ted Cruz‘s (R-Texas) fancy Italian dinner at Fiola Mare? The guy was just trying to have dinner with his wife when a flock of anti-Brett Kavanaugh protesters marched in and began shouting in his face. The senator and his wife were forced to leave.

That was a week ago. And those days are over.

At least if Cruz’s new bodyguard has anything to say about it. And the guy looks so mean and nasty enough to make any nest of lefties cower.

So approach at your own risk. 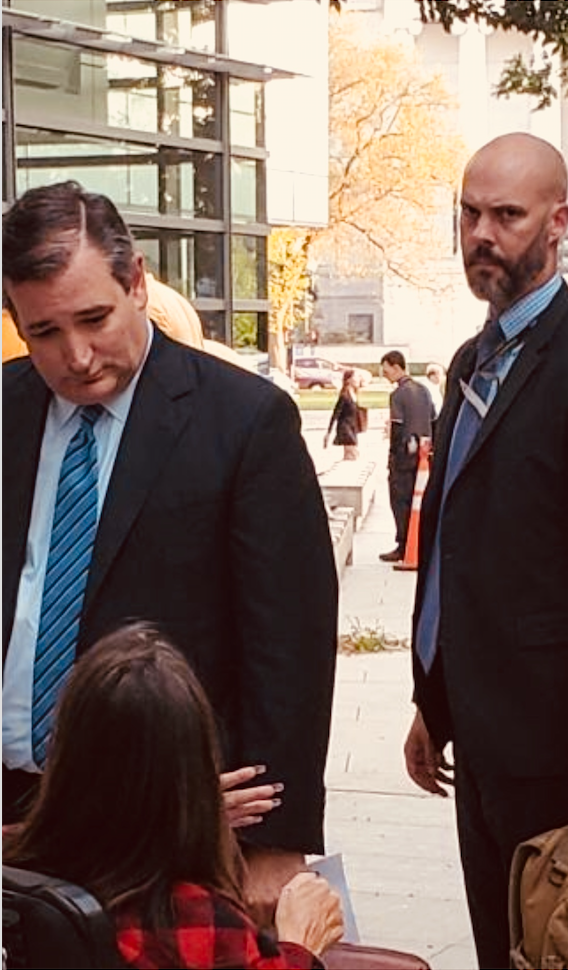 As it happens, Fiola Mare has also hired security to protect patrons like Cruz.

These pictures were taken by Washington paparazzo Mark Wilkins outside Wolfgang Puck‘s The Source restaurant in downtown Washington. They were waiting for Sen. Lindsey Graham (R-S.C.).

Cruz, who The Atlantic once dubbed the “most hated man in America,” is a member of the Senate Judiciary Committee. The committee has faced a ton of scrutiny with the recent hearings to confirm President Trump‘s contentious Supreme Court nominee. Cruz is obviously pro-Kavanaugh.

During the recent hearing, Cruz gave Kavanaugh a cake walk.

“Let’s start with just a general question,” he began. “What makes a good judge?”

Kavanaugh replied with a long, boring answer: “A good judge is independent … someone who is impartial … someone who reads the law as written …that treats litigants with respect, that writes opinions that are understandable and resolve the issues. …A good judge pays attention to precedent…there are a number of things that go into making a good judge …work ethic….it’s hard work. …Judicial temperament. There are a lot of factors that go into it.”

As you can see by the look on the bodyguard’s face, he’s not messing around.

You will be mush if you try to ruin Cruz’s day. 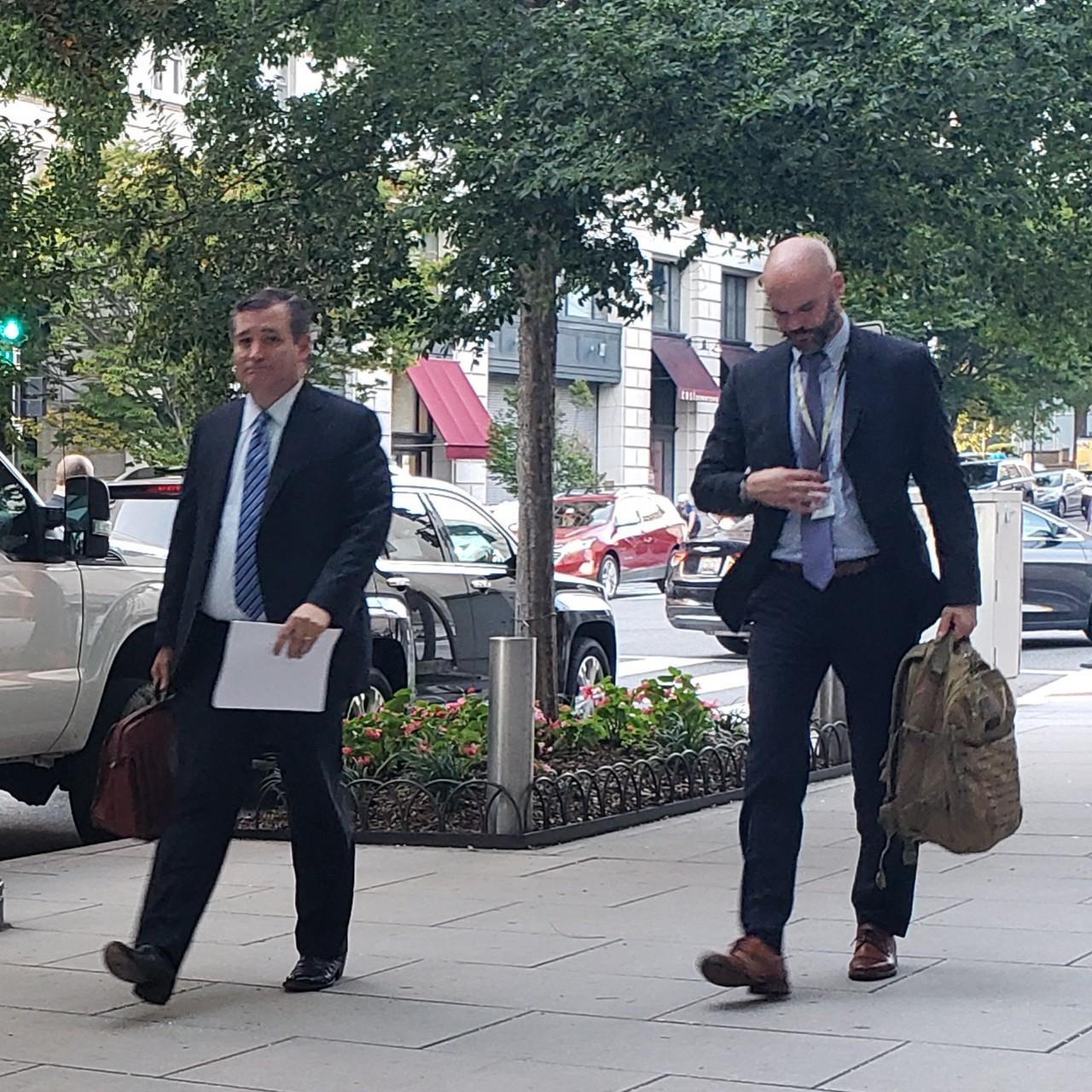