“These are good reporters asking real questions and he did not want to deal with it. …For this president to demean women in the press corps does not bode well for him.”

“This week’s episode of The Circus focusing on Kavanaugh hearing is an example why people like Mark Halperin have to be removed, to just apologize. How would someone who conceives of women the way he has report on this story? Or, for that matter, ANY story involving gender? All stories involve gender. All stories involve, invoke, or ignore patriarchy, even ones (especially ones) that don’t have a single woman in them.” — Anne Helen Petersen, senior culture writer, BuzzFeed News.

“I was very troubled by the tone of the remarks.  The initial defense that Judge Kavanaugh gave, was something like I told my wife, ‘I hope that I would sound that indignant if I were — if I felt that I was unjustly, you know, maligned.’ But then it went on.  And the interaction with the members was sharp and partisan, and that concerns me. And I tell myself, ‘You give a little leeway because of what he’s been through.’ But on the other hand, we can’t have this on the court.  We — we simply can’t.” — Sen. Jeff Flake (R-Ariz.).

“Every few days or so, I’ll be minding my own business doing work or playing with my kid or whatever when I’ll just suddenly start thinking, ‘Who the HELL does Ben Affleck think he is?!?’ and then I get angry and my day is ruined.” — Ej Dickson, deputy digital editor, Men’s Health. 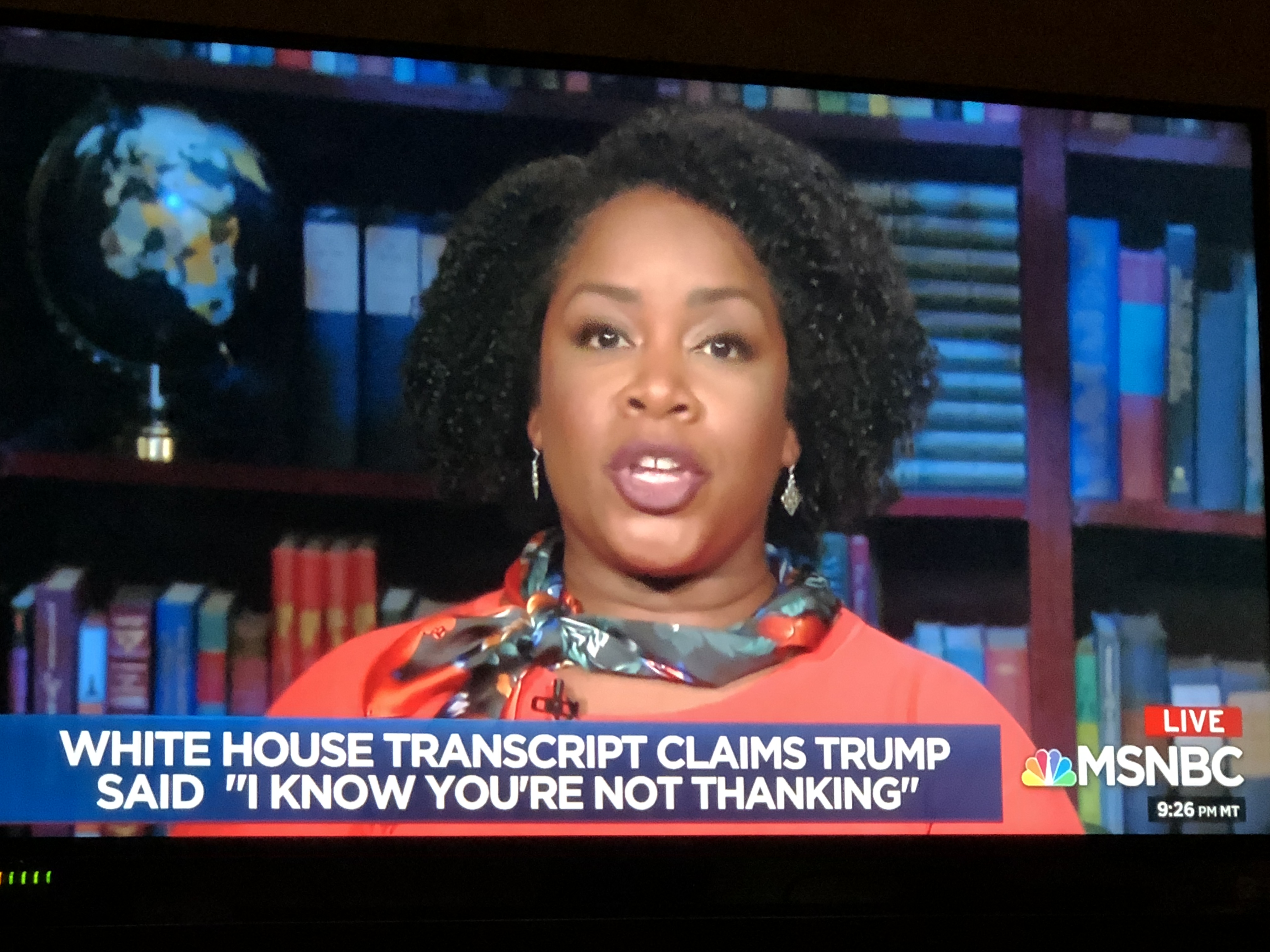 Cecilia Vega: A news conference means you get to ask whatever question you want to ask. #First Amendment.

Turns out they are marijuana proponents. And no one was assaulted. The protesters just pushed in the door.

“These little shitheads should be unemployable after this.” — Gabriel Malor, contributor, The Federalist, The Washington Examiner. He was referring to 48 Harvard students filing Title IX complaints against Kavanaugh, saying they wouldn’t feel comfortable in his presence, which they said would violate the university’s policy on sexual harassment. Read more here.

“Kavanaugh, a judge I admire, lost me Thursday the same way he lost @MaxBoot and @nbcsnl: by being histrionic, partisan, and evasive (independently of what happened long ago). SCOTUS needs judicial temperament, and I didn’t see that.” — Jonathan Rauch, contributor, The Atlantic. Rauch was referencing a WaPo column by Max Boot.

“I wonder how many justices you admire, past and present, would have lost their temper under accusation of gang rape.” —National Review Online‘s Ramesh Ponnuru.

“Tell that to Kavanaugh’s two daughters you sicko.” — Amber Athey, The Daily Caller.

“I just deactivated by Facebook account and I feel sooooo goooooood.” — Tyler Coates, senior culture editor, Esquire. “I’m about ten days and/or two panic attacks away from giving John my Twitter password and letting him lock it up. Instagram remains the only good social media platform because I have mostly muted anyone who isn’t a parent of hilarious toddlers.”

Media Matters For AmericaEditor-at-Large Parker Molloy replied, “Dude, same. I opened another account for the sole purpose of being able to manage the FB page for my writing, but I ended up getting frustrated by it a while back and just shut down the one I’ve used forever.”

Canadian reporter thinks CBS is idiotic for doing this

“One of my Trump-era media pet peeves is when Trump belittles or insults someone and it’s described with words like ‘sparred’ or ‘feud’ even though the other person didn’t do anything.” — Daniel Dale, Washington correspondent, The Toronto Star.

He was blasting CBS News, which published this: “As tensions between the Trump administration and the press continue, the president sparred with ABC correspondent Cecilia Vega in the Rose Garden today.”

Splinter headline: “Axios boldly asks you to consider: What if Trump is actually good?”The Axios story is by Mike Allen.

Politico Mag: Politico Editor-in-Chief John Harris writes about the concept of truth and how murky it really is. Here.