“Demi’s [Lovato] doing, she’s doing really well,” De La Garza shared during her appearance on the Millennial Hollywood with Dakota T. Jones podcast posted Monday. “She’s working really hard on her sobriety and we’re all so incredibly proud of her.” 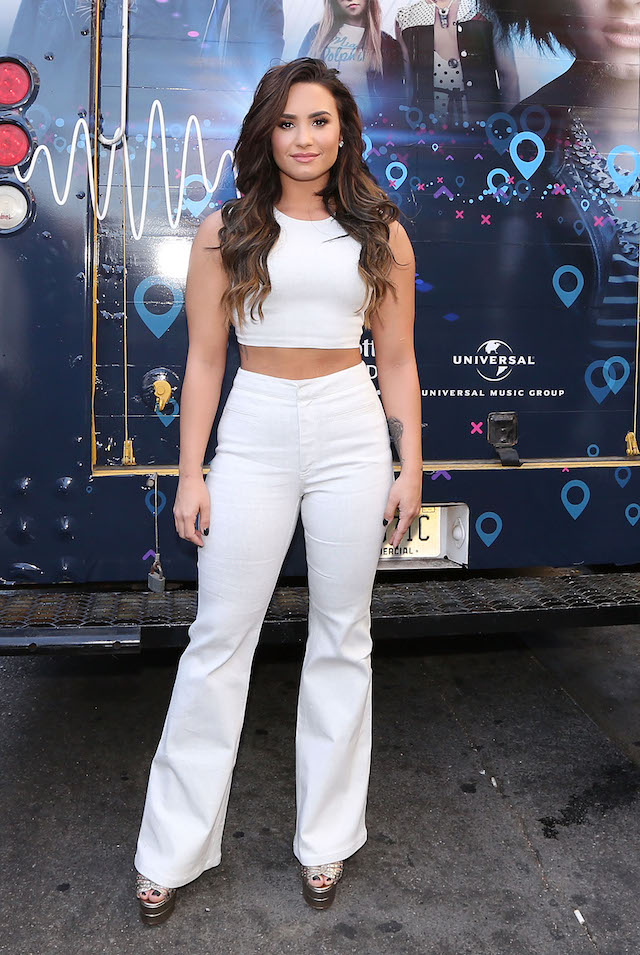 “It’s been crazy for our family,” she added. “It’s been a lot. But we’ve been through a lot together…every time we go through something we always come out on the other side a hundred times stronger than before.”

De La Garza continued, “So, we’ve just been so thankful for everything for the little things.”

She also shared that what she’s really looking forward to is spending time with her sister and getting frozen yogurt together when the pop star gets out of treatment.

“I guess I’m really excited to…I mean there’s so many little things,” Lovato’s sister explained. “It sounds so small, but go to Menchie’s [Frozen Yogurt]. Honestly, I’m more of a Pinkberry person, but she likes Menchie’s, so we, like, we usually go there.”

Earlier this month, the “Sorry Not Sorry” hit maker’s mom Dianna De La Garza opened up about the day she found out about her daughter’s overdose and how she one-hundred percent credited her faith and all the prayers as the reason her child is still alive today.

“She’s happy. She’s healthy. She’s working on her sobriety, and she’s getting the help she needs,” De La Garza shared. “And that, in itself, encourages me about her future and about the future of our family.”