“Memo to Kanye West: This is what an informed opinion sounds like,” Hill tweeted Tuesday, with a clip of Reid talking about how 2019 it will mark “400 years of slavery in this country.” 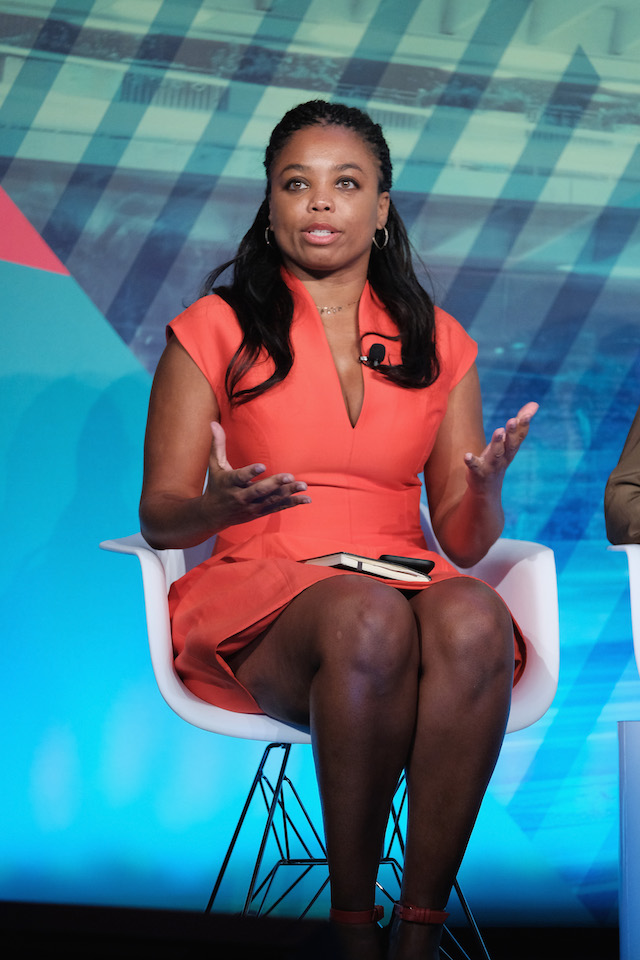 “Next year will be 2019. It will mark 400 years since the first slave touched the soil in this country,” Reid said in a press conference Monday. “That’s 400 years of systemic depression, that’s slavery, Jim Crow, new Jim Crow, mass incarceration, you name it … the Great Depression, they came out with a New Deal, black people didn’t have access to those government stimulus packages.”

“We didn’t have access to those programs, the GI Bill, Social Security, home loans, none of that,” he added. “So this has been happening since my people have gotten here. So I just felt the need to say something about it.”

Hill is receiving more than $5 million from ESPN after leaving the popular network.

According to a report in the San Jose Mercury News, during Reid’s career with the San Francisco 49ers the NFL player made over $14 million since he was drafted in 2013 by the team. A source told ESPN’s Adam Schefter, that he recently signed with the Panthers for a one-year deal worth up to $2 million with other incentives.

In 2016, the free-agent safety was the first player to join with then-San Francisco’s quarterback Colin Kaepernick in kneeling during the playing of the national anthem. In May, the NFLPA  filed a grievance with the league in Reid’s name, alleging collusion between the team owners and the league to prevent his employment over the protests.