Twitter has removed Georgetown professor C. Christine Fair’s account after she tweeted that white men should be castrated and fed to pigs.

“Bonus: we castrate their corpses and feed them to swine? Yes,” she added. 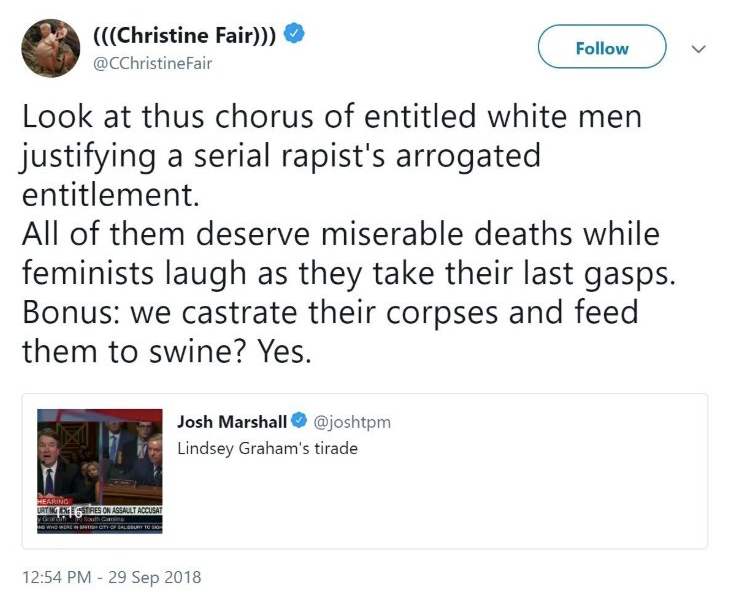 The Intercept’s Glenn Greenwald noted on Tuesday that Fair’s account had either been suspended or permanently banned from the platform, presumably because of the aforementioned tweet.

“This account has been suspended. Learn more about why Twitter suspends accounts, or return to your timeline.”

Georgetown University defended Fair in a statement Monday, asserting her right to free speech but adding that the university expects her not to be biased in the classroom.

“The views of faculty members expressed in their private capacities are their own and not the views of the University. Our policy does not prohibit speech based on the person presenting ideas or the content of those ideas, even when those ideas may be difficult, controversial or objectionable. While faculty members may exercise freedom of speech, we expect that their classrooms and interaction with students be free of bias and geared toward thoughtful, respectful dialogue.”