“The process has been bad but at the end of the day you have to make a decision and I’ve made that decision, I will be voting no on Judge Kavanaugh,” she told North Dakota’s WDAY ABC in an exclusive interview. Heitkamp was seen as a possible yes vote for Kavanaugh.

North Dakota voted by significant margins for President Donald Trump and recent polling shows a precarious race for her re-election. Heitkamp was seen as one of two possible Democratic votes for Kavanaugh, the other being West Virginia Senator Joe Manchin.

Manchin has not yet revealed how he will vote for Kavanaugh. Heitkamp’s revelation comes after the FBI released a report to the Senate on its investigation of decades-old sexual assault allegations against Kavanaugh. 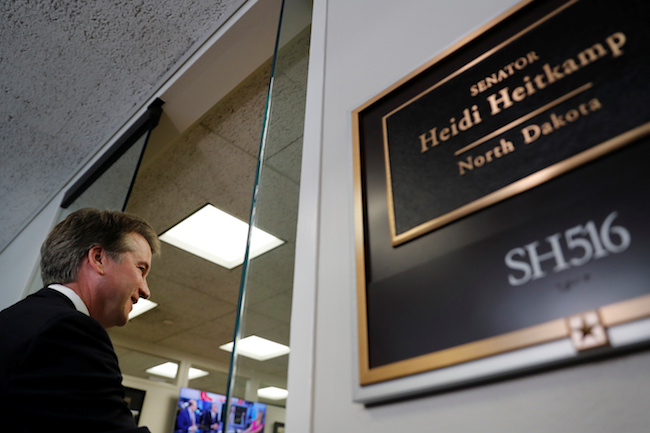 The FBI investigation looked into decades-old allegations of sexual assault against Kavanaugh. The main probe of the investigation focused on the accusation of Dr. Christine Blasey Ford, who alleged that he assaulted her in their teenage years. The FBI also probed the story of a woman who claimed that Kavanaugh exposed himself to her during their freshman year at Yale University.

Senate Judiciary Chairman Chuck Grassley issued a statement after receiving a briefing on the FBI investigation saying “this investigation found no hint of misconduct and the same is true of the six prior FBI background investigations conducted during Judge Kavanaugh’s 25 years of public service,” adding “it’s time to vote. I’ll be voting to confirm Judge Kavanaugh.”