Progressive protesters marched from the Senate Office Buildings to the front of the Supreme Court for a final anti-Kavanaugh rally Friday evening.  The speakers were clearly sullen as the votes of Joe Manchin and Susan Collins were recently announced in favor of Kavanaugh, torpedoing the hopes of opposing his nomination.

As the progressive rally was wrapping up a pro-life demonstration began just a few feet away at the steps of the Supreme Court. The demonstrators were part of the group called Bound 4 Life. The group places red tape over their mouths with the word ‘LIFE’ on it. The protesters always stand silently, making a powerful message. 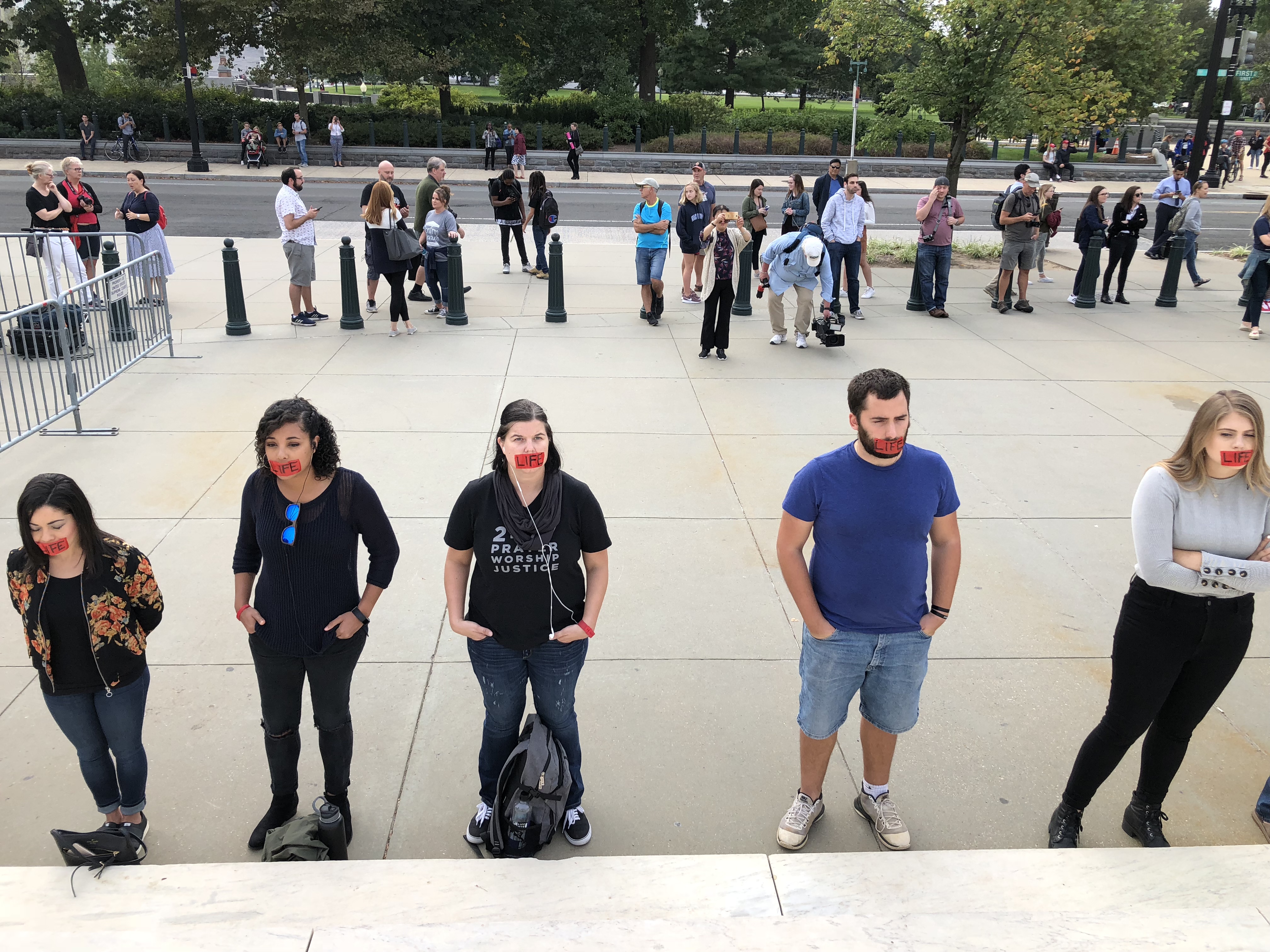 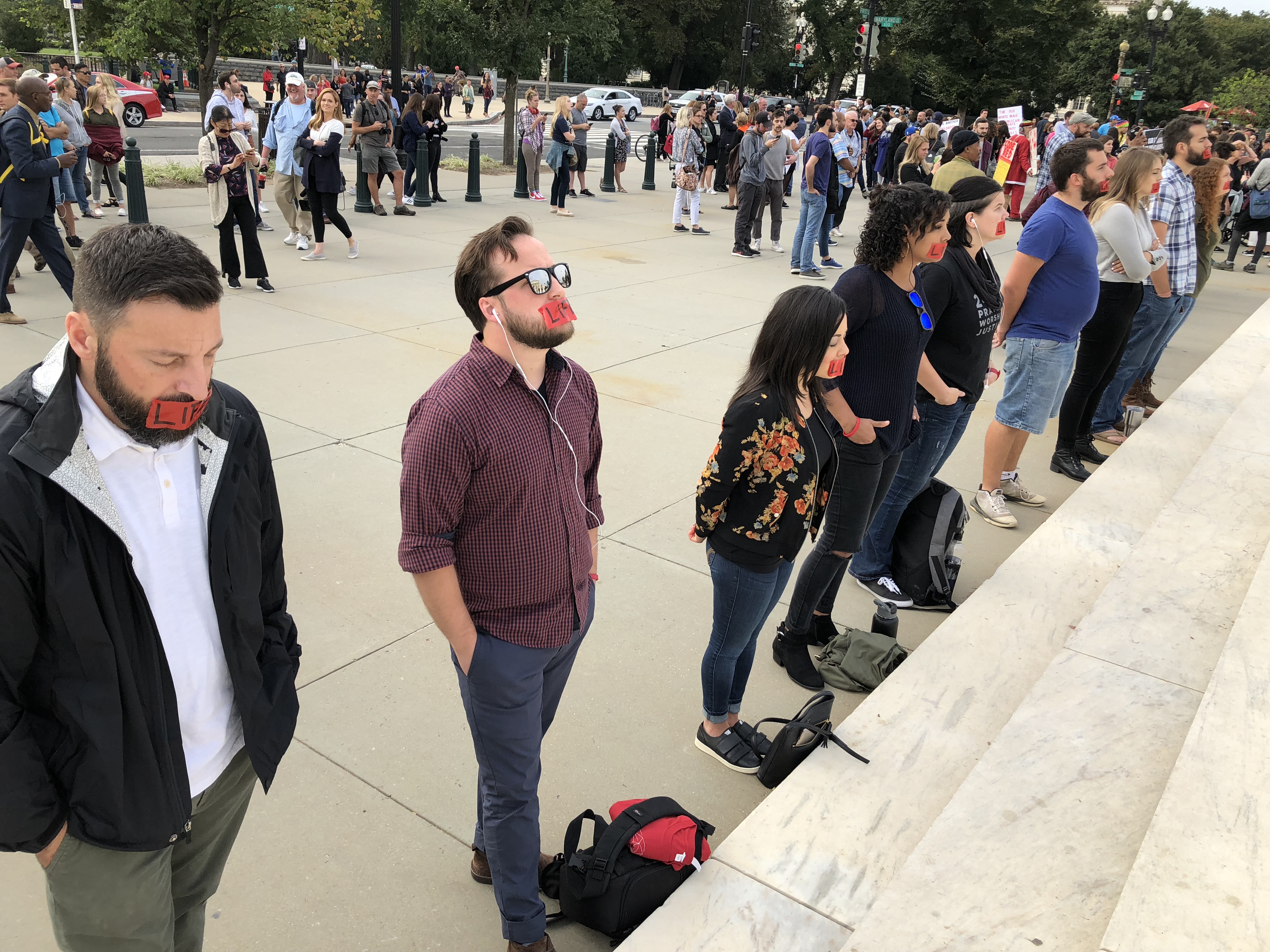 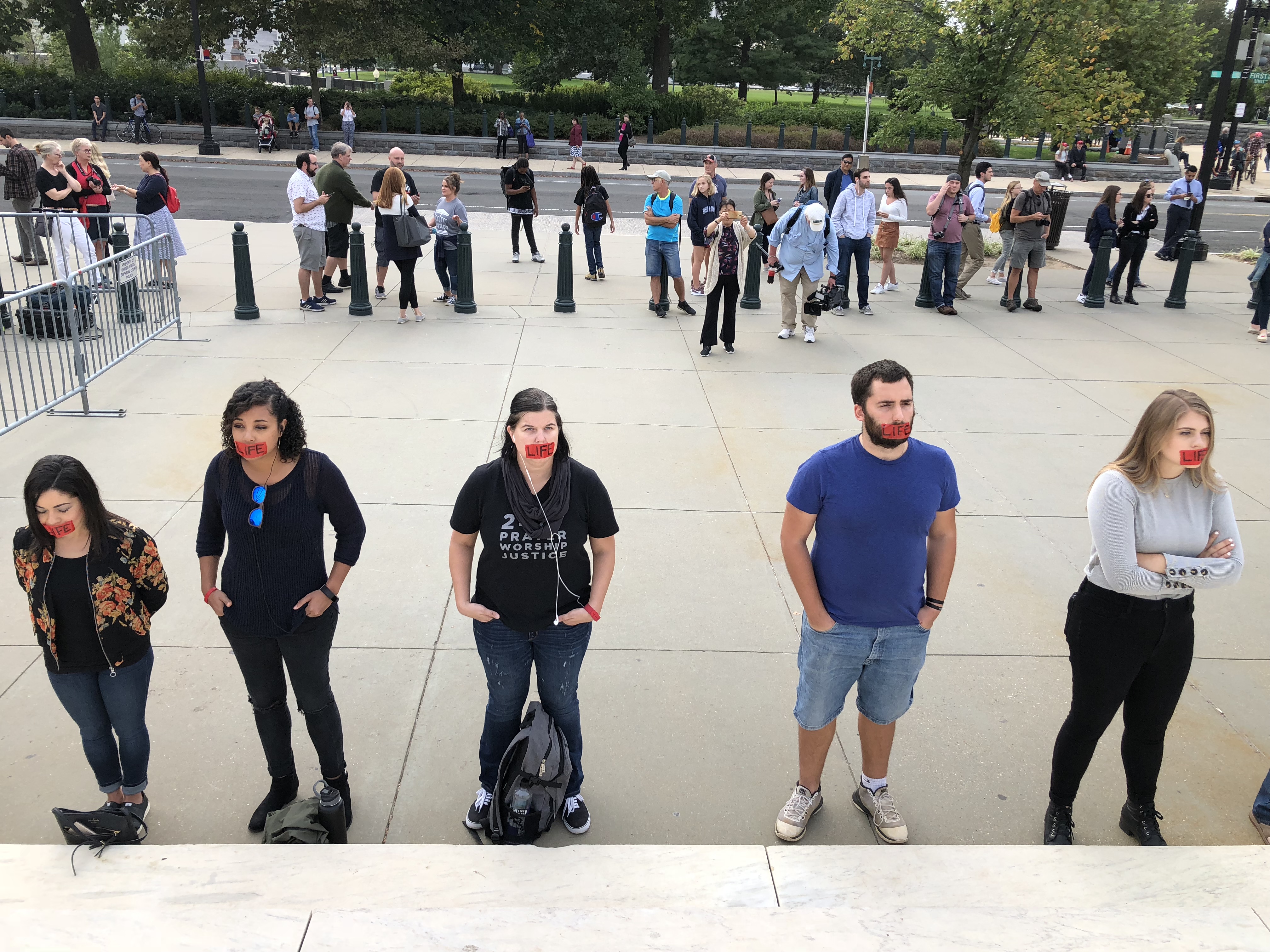 Today, when the anti-Kavanaugh progressive protesters approached the pro-life protesters they began to mock and jeer at them. They hurled insults and called them names, and said they were “pro-raping children.”  The progressives yelled about sick sexual fantasies concerning Kavanaugh raping women and wanting them to have abortions.

“You’re pro-raping children? Are you pro-healthcare to take care of all those children you’re not aborting?” one protester jeered.

“They don’t mind Kavanaugh jumping on a woman and putting the tape over her mouth,” another laughed, “Maybe if [Kavanaugh] had raped her and got her pregnant she would have had to have that Kavanaugh baby with no welfare and no healthcare.” The group sneered.

“So happy you guys thought that through,” another said before demeaning the Pro-Life females, “Look at all those women?”

Bound 4 Life is used to the abuse. According to their website:

The witness of the Life Tape has spread further and impacted more people than we ever could have by shouting on a street corner. Political leaders and public policy have been directly impacted. Young women seeking abortions have experienced the love of God and chosen not to abort their babies.