— Washington Examiner‘s Political Editor Jim Antle, presumably joking with ex-coworker Ben Smith, who wrote, “TBH, no side can talk civility at this point.”

(Note: This is not BuzzFeed’s Ben Smith, we’re talking about the former Examiner social media guy and former intern for The Daily Caller.) 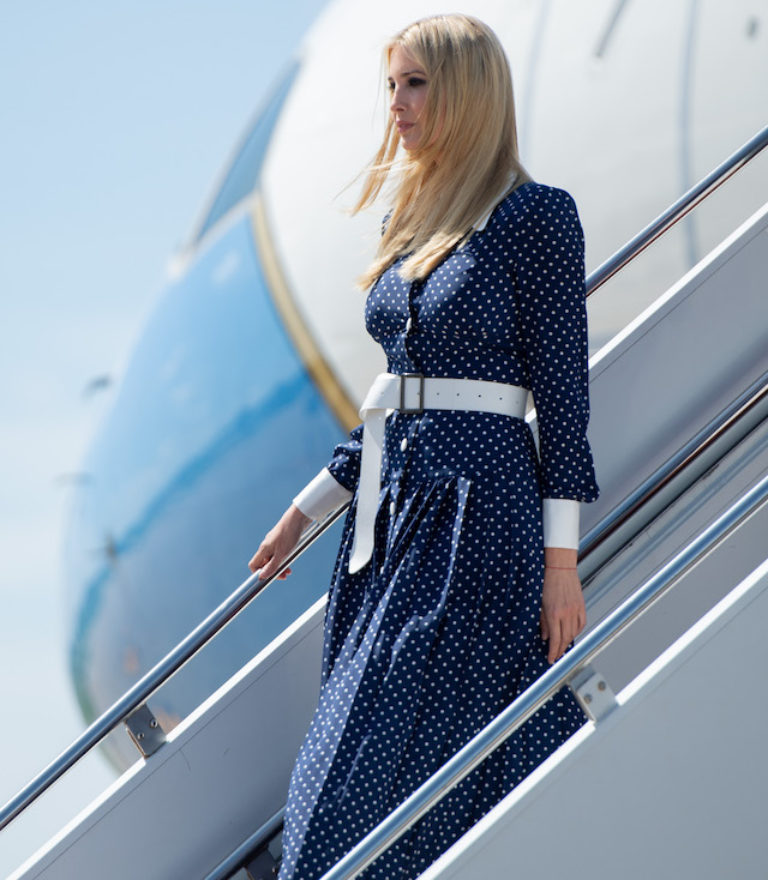 “This is obviously an absurd idea, but it might be worth it for the prospect of Ivanka undergoing a full vet and having to get through a confirmation hearing.” — Matthew Miller, MSNBC justice and security analyst.

“This is a patently ridiculous, stupid, and absurd idea, which makes it entirely plausible for this White House.” — Susan Hennessey, CNN national security and legal analyst.

“This gets overlooked in all the partisan bickering, but …. Hope Hicks isn’t yet 30 and she’s served as Communications Director at both the White House and now a major television company. The CV is on fire.” — Dylan Byers, senior media reporter, NBC News, MSNBC.

“Kavanaugh is crying again during his swearing in. Welcome to the Supreme Court of the United States of America.” — Chelsea Handler, comedian, lefty activist.

The gentleman from Connecticut is ‘sad’ and ‘angry’

“This day is the saddest & angriest of my time in the Senate. The Republicans have succeeded in confirming a dangerous & deeply flawed nominee only by breaking all the rules & norms. The damage done today will be enduring—to the United States Supreme Court & to our country.To survivors in Connecticut & around the nation: I know this day is especially painful for you, but please know that we stand with you.” — Sen. Richard Blumenthal (D-Conn.).

Here’s an example of where #MeToo goes awry

Reason Mag has a fascinating story. But something curious: The reporter does not speak to the accuser, but just uses court docs. The bulk of the interview is with the accused. When his parents met him at a restaurant, the accused’s mom asked, “You couldn’t keep it in your fucking pants?” The story paints the accused as someone who did nothing wrong.

Read the story and decide for yourself.

Playboy‘s WH correspondent is looking out for Dr. Ford

“POTUS apologizes to Kavanaugh and his family. Who apologizes to Dr. Ford and her family?” — Brian Karem, White House correspondent, Playboy.

Day in the Life of a Journalist

“Downstairs neighbour, who spends all day playing music so loudly our windows rattle, now hitting the ceiling because I am coughing so much. Charmed.” — Dawn Foster, columnist, Guardian.

“Amid Kavanaugh furor & threats to mbrs, Sen. Cory Gardner (R-CO) tells Fox that his wife received a text with a video attachment showing a gruesome beheading. Someone has has also released the names of and addresses of his family members.” — Chad Pergram, Fox News.

Gardner was a yes vote for Kavanaugh.

Dr. Ford to receive an award

“BREAKING: Christine Blasey Ford has been nominated for a Distinguished Alumna award at North Carolina-Chapel Hill for doing “something extraordinary” when she came forward with her sexual assault allegations. Way to go Dr. Ford! You deserve this honor!” — Ed Krassenstein, editor, lefty, HillReporter.

“Does anybody else ever make spelling errors in a post that gets hundreds or thousands of likes and retweets? It super bugs me and I want to delete it but also want to see it keep growing.”

— David Leavitt, freelance writer whose work has been found at CBS, Yahoo, and the Examiner.

Variety: Alyssa Milano, who obviously attended the Brett Kavanaugh hearings, is not giving up. In a first-person essay, she laments all the white men in the Senate and how far women still have to go. Here.

The Hollywood Reporter: Fox & Friends host Brian Kilmeade will still take New York’s subway, but after getting accosted by a comedy film crew, it may not feel the same for awhile. Here.

Splinter: Media writer Jack Mirkinson says NBC “TODAY” Show host Megyn Kelly has reconnected with her “true, terrible self” by buying into the theory that Dr. Christine Blasey Ford was raped — but by someone who just was not Brett Kavanaugh. Kelly: “You’re not allowed to think it was a case of mistaken identity,” she said. “If you do, you’re a victim-shamer, you’re, I don’t know, a misogynist? It’s absurd! You can look at both of those testimonials and say, I don’t believe it was him.” Here.