The decision, which came Tuesday and drew a brief dissent, will effect one November’s most critical Senate races.

A group of American Indians challenged the residential street address requirement, arguing that it imposes “impossible and severe burdens on the franchise for Native American voters,” as many live on reservations or otherwise lack ordinary street addresses. A federal judge agreed and prohibited the law.

The 8th U.S. Circuit Court of Appeals lifted that order, so the plaintiffs appealed to the Supreme Court, asking the justices to restore the injunction.

North Dakota argues that the law protects the integrity of the ballot box and improves the administration of elections — the state’s filing at the high court notes there were over 800 different ballots used in the state during the 2016 election cycle, which are assigned on the basis of address.

The Supreme Court’s Tuesday order allowed the law to take effect for the general election. As is typical of orders of this nature, neither the vote count nor the reasoning was disclosed. Justice Ruth Bader Ginsburg wrote a short dissent, which Justice Elena Kagan joined. (RELATED: Brett Kavanaugh Sworn In As A Supreme Court Justice)

Ginsburg warned that the Court’s decision would create confusion in North Dakota, since the original order restraining the residential street address requirement was in effect for the primary elections in June.

“The risk of voter confusion appears severe here because the injunction against requiring residential-address identification was in force during the primary election and because the secretary of state’s website announced for months the ID requirements as they existed under that injunction,” Ginsburg wrote. “Reasonable voters may well assume that the IDs allowing them to vote in the primary election would remain valid in the general election.”

“If the 8th Circuit’s stay is not vacated, the risk of disfranchisement is large,” Ginsburg added. 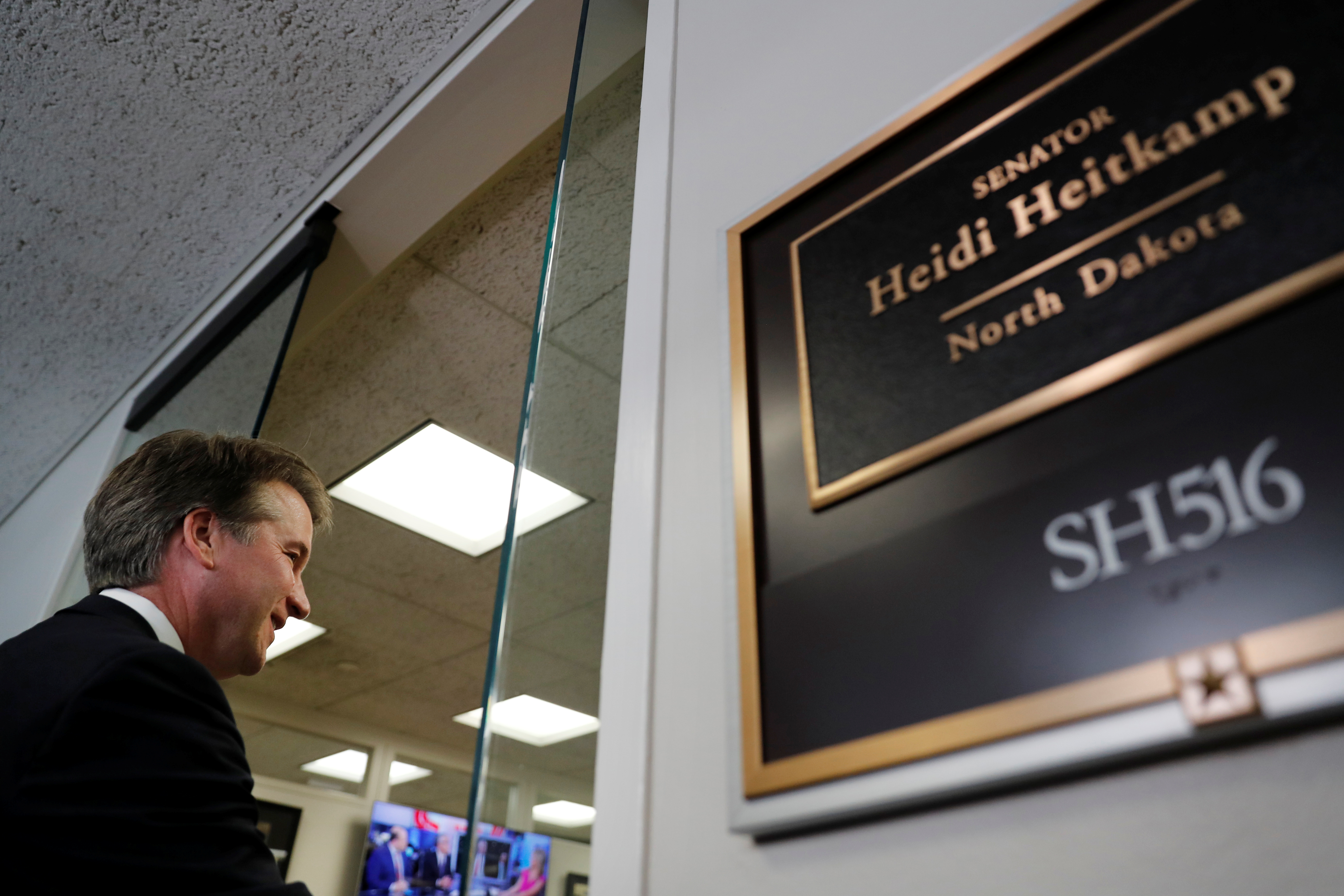 Heitkamp, who has trailed in the polls for some time, voted against Justice Brett Kavanaugh’s confirmation to the Supreme Court Saturday. Surveys showed North Dakotans favored Kavanaugh’s elevation by a large margin.

Kavanaugh did not participate in Tuesday’s decision, though he heard oral arguments for the first time as a justice earlier in the day.