Jaquelin Cantor, 35, is facing child abuse charges after parents of two kids told the police, according to AZFamily Wednesday. She admitted to police two times that she was in the U.S. illegally.

A mother found linear scratches under her 1-year-old daughter’s eyes after picking up the girl from daycare on Nov. 4, 2017. The mom also found a circular bruise on her daughter’s pelvic region, though Cantor said she was unaware of the bruise, according to a complaint dated on Oct. 5. Cantor claimed the girl scratched herself while “fighting her sleep.” 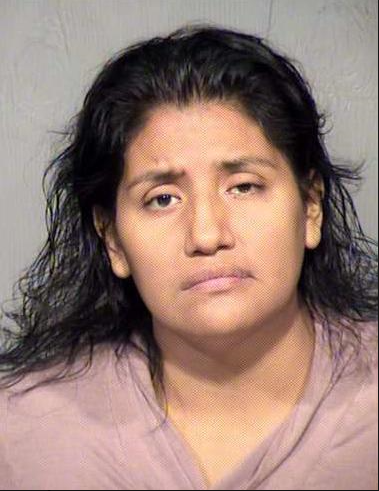 The second incident happened to a 2-year-old boy on Feb. 18, according to the complaint. The mother of the son noticed bruises around his genitals after picking up the child from the daycare.

“On April 20, 2018, the defendant participated in a polygraph exam, during which time, she confessed to squeezing the victims penis, because she was frustrating about him touching his penis and urinating on the floor of her bathroom,” the complaint said.

The boy was at Cantor’s home for a month for nearly 10 hours a day.

It is unclear how long Cantor has resided in the U.S. (RELATED: Study: Taxpayers Shell Out More Than $2 Billion To Pay For Births To Illegal Immigrants)

Federation for American Immigration Reform (FAIR) estimated that 12.5 million illegal aliens, which includes Deferred Action for Childhood Arrivals (DACA) and unaccompanied minors, were in the U.S, according to a report from October 2017. Arizona had 366,000 illegal aliens.

The city of Phoenix did not immediately respond to The Daily Caller News Foundation’s request for comment.