Kanye expounded on wearing the “Make America Great Again” hat in recent weeks, saying, “They tried to scare me to not wear this hat, but this hat, it gives me power, in a way.”

“But there’s something about — you know, I love Hillary, I love everyone, right?” he continued. “But the campaign ‘I’m with her’ just didn’t make me feel as a guy that didn’t get to see my dad all the time, like a guy that could play catch with his son.”

“It was something about when I put this hat on, it made me feel like superman,” he said. “That’s my favorite super hero. You made a superman cape for me, also as a guy that looks up to you … looks up to American industry guys, nonpolitical, no bulls**t … and just goes in and gets it done.” 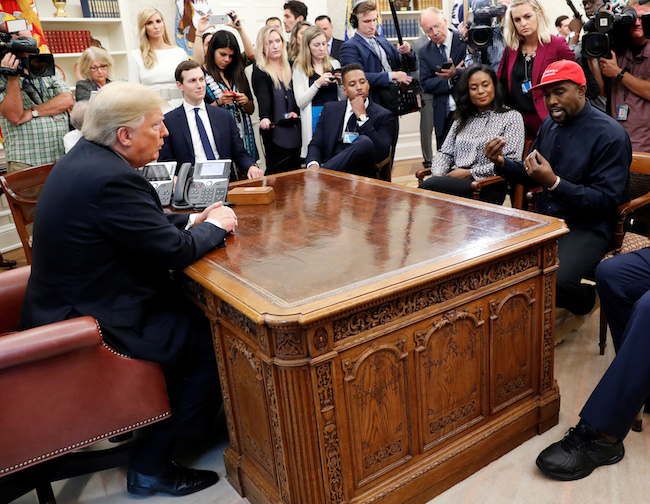 President Donald Trump listens to rapper Kanye West during a meeting in the Oval Office at the White House in Washington, October 11, 2018. REUTERS/Kevin Lamarque

Trump praised West’s nearly 10-minute speech. “I tell you what that was pretty impressive. … That was quite something.”

“It was from the soul. I just channeled it,” West replied. 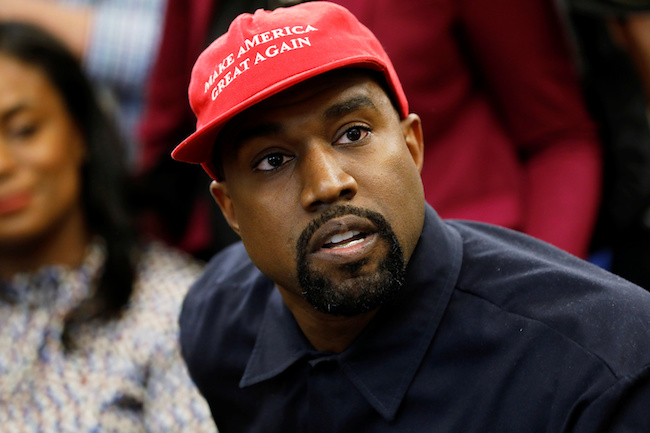 Trump said earlier on “Fox & Friends” that he “could see” campaigning with West.

West defended the Second Amendment when asked about gun violence in Chicago, saying adamantly, “The problem is illegal guns, illegal guns are the problem. Not … not legal guns. We have the right to bear arms.”

“Liberals try to control a black person through the concept of racism because we know we’re very proud emotional people,” West said at another point. “So when I said I like Trump to someone liberal, they say, oh, but he’s racist. You think racism can control me? Oh, that don’t stop me.”