Rap superstar Kanye West visited the Oval Office Thursday to meet with President Trump. Mr. West took the opportunity to engage in a free-wheeling press conference that left many reporters and journalists stunned. 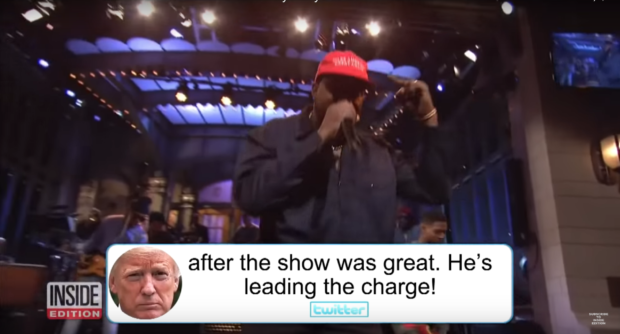 Behind the Scenes as ‘SNL’ Audience Stunned by Kanye West’s Bizarre Rant, YouTube/ Inside Edition

Kanye pointed at a pleased Trump.

“He has to be the freshest. He has to be the flyest. The flyest planes. The best factories. And we have to make our core be empowered. We have to bring jobs into America. Because our best export is entertainment ideas.”

Later in the comments, Trump said he could see Kanye running for president and said that Kanye can “speak for me anytime.”