Secretary of State Mike Pompeo on Thursday placed the blame for any “risk” to the nation because of vacant national security positions “at the feet of” Democratic Sen. Bob Menendez of New Jersey.

In a news release, Pompeo referred to a comment from Menendez on Wednesday when he blamed the Trump administration for not confirming nominees for State Department positions.

“Yesterday, astonishingly and shamefully, Senator Menendez blamed the Administration for a lack of confirmed nominees when he said, ‘This Administration’s continued inability to adequately or appropriately fill key national security positions puts our nation at risk.'”

Pompeo says these nominees remain unconfirmed because of Democratic obstruction. 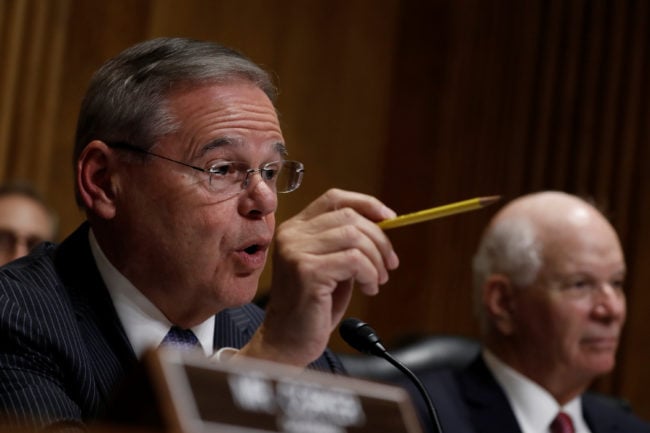 “These outstanding candidates remain unconfirmed because Senator Menendez and some of his colleagues are using our nominees as a political football. This is unacceptable. The ‘risk’ to the nation lies at the feet of Senator Menendez.”

Pompeo called on Senate Democrats to “stop this delay and obstruction now” because “we need our team on the field to conduct America’s foreign policy.” (RELATED: ‘You Had Your Day’ – Mike Pompeo Rips John Kerry For Refusing To ‘Get Off The Stage’)

The secretary of state noted that there are more than 60 people awaiting confirmation hearings to start their jobs at the Department of State — over 25 percent of the senior positions within the department.