The Senate confirmed Jeff Clark to lead to the Department of Justice’s Environmental and Natural Resources Division (ENRD) Thursday after sitting on his nomination for more than a year.

President Donald Trump tapped Clark in June 2017 to serve as an assistant attorney general and lead the administration’s court battles over environmental laws. The Senate confirmed Clark 53 to 44 with Democratic Sens. Joe Manchin of West Virginia and Claire McCaskill of Missouri joining the 51 GOP Senators in favor. Three other Democrats did not vote. (RELATED: Trump Rips Dems For ‘Obstructing’ Nominations)

“Jeff Clark is one of the leading environmental litigators in the country, and has been counsel in many of the most significant environmental and natural resource cases of the past two decades, both here at the Department of Justice and in private practice,” Attorney General Jeff Sessions said in a statement. “It should not have taken us 16 months to get him confirmed.” 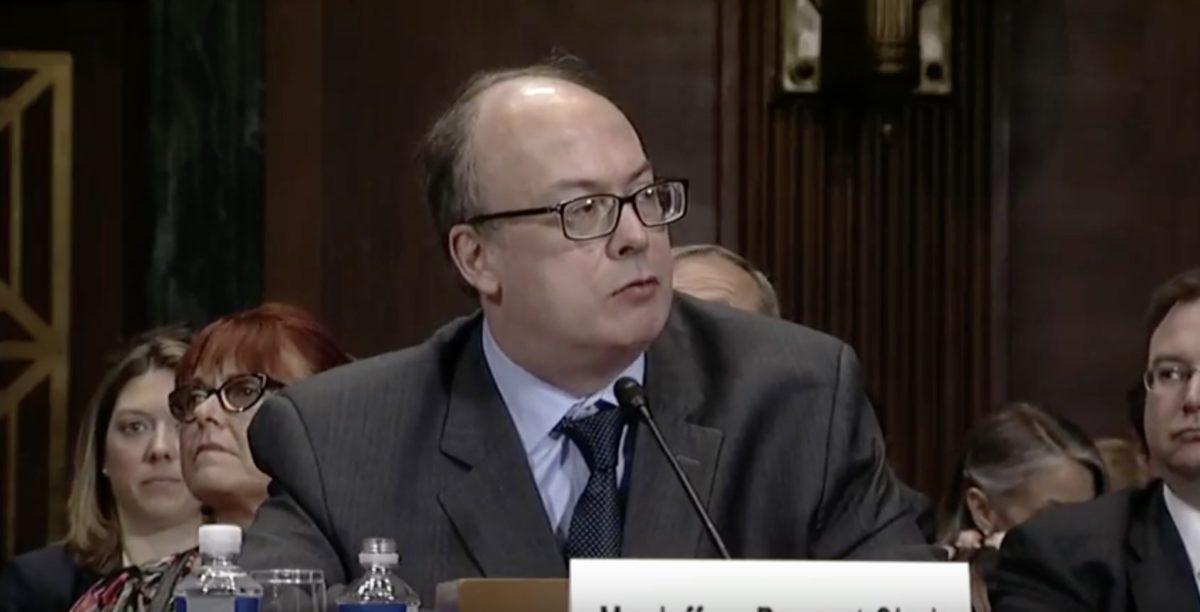 Clark has worked in Washington, D.C., for more than two decades, largely in private practice at the law firm of Kirkland and Ellis. Between 2001 and 2005, he led the ENRD under former President George W. Bush.

Clark has extensive experience navigating administrative law, according to the White House. His time working in the DOJ under Bush had him involved in nearly every significant environmental case of the federal government in that time.

“The Senate’s confirmation of Jeff Clark …  after a disgraceful delay of 16 months — is great news for the President’s deregulatory agenda,” Competitive Enterprise Institute’s energy and environment director Myron Ebell said in a statement. “We are confident that Jeff is up to the job of defending the administration’s withdrawal of major Obama-era environmental rules from legal challenges.”

Environmentalists have opposed Clark’s nomination for months, arguing his nomination would gut environmental regulations in favor of industry activity.

“Everything Jeffrey Bossert Clark has done in his career to date proves he can’t be trusted to defend and enforce the environmental laws that protect our communities,” Sierra Club federal lobbying and advocacy senior director Melinda Pierce said in a July 2017 statement as Clark’s nomination was coming up for a vote in the Senate Judiciary Committee.

“Clark is the exact opposite of who we need leading our Department of Justice’s Environmental and Natural Resources Division,” Pierce said.