The world of soccer could look very different by 2026, so says the president of the Mexican top-flight soccer division, Enrique Bonilla.

That’s because Mexico, the United States, and Canada are reportedly in talks to merge their soccer teams to create one big North American League, which is news and perhaps even bigger dollar signs for the soccer world. (RELATED: Is It An Overreaction To Divorce Your Wife Of 14 Years Because She ‘Joked’ About Messi’s Soccer Skills?)

If the proposal gets passed, the merger would take place after the FIFA World Cup in 2026, hence its proposed name, “United 2026.” And since the 2026 World Cup will take place in North America, many say the merger could be considered the cup’s central legacy. (RELATED: DEBATE: The World Cup Is Over. Is It Time To Get Back To Real Sports? [VIDEO]) 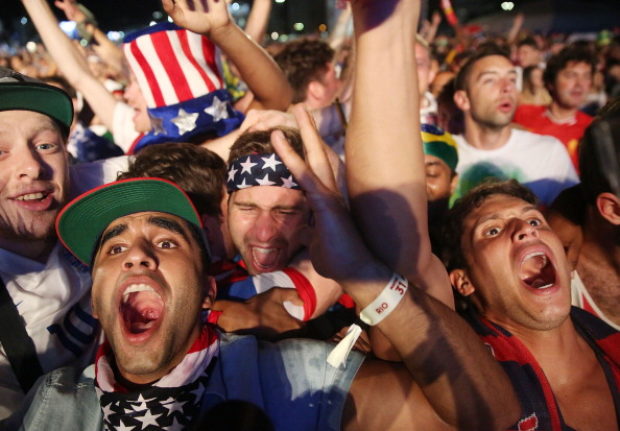 RIO DE JANEIRO, BRAZIL – JUNE 22: American fans celebrate after the U.S. scored to take a 2-1 lead over Portugal while watching a video broadcast at the FIFA Fan Fest on Copacabana Beach during the 2014 FIFA World Cup Brazil on June 22, 2014 in Rio de Janeiro, Brazil. The game ended in a 2-2 tie. (Photo by Mario Tama/Getty Images)

No small feat, merging the three countries could mean a big spike in popularity for the sport, too. Mexico’s Liga MX is the most watched soccer league in the US and draws in nearly 27,000 fans per venue. 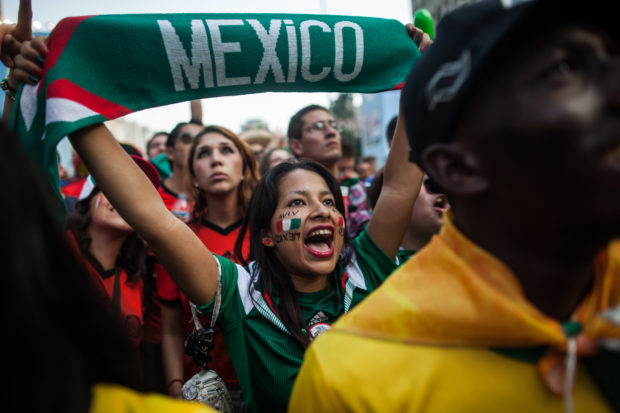 SAO PAULO, BRAZIL – JUNE 17: Fans attend a viewing of the 2014 FIFA World Cup match between Mexico and Brazil at the FIFA Fan Fest Arena on June 17, 2014 in Sao Paulo, Brazil. Thousands of fans flock to the site which displays daily matches on a big screen. (Photo by Victor Moriyama/Getty Images)

MLS Executive Vice President of Communications Dan Courtemanche shared a similar sentiment, saying he’s been “discussing with Liga MX additional ways we can collaborate on and off the field,” per ESPN.

A trial partnership between Liga MX and the MLS already exists; the two host a Campeones Cup every year where the winners of both leagues play each other.

The end goal, it seems, is to compete with European soccer. (RELATED: Philadelphia Celebrated The World Cup By Rewatching The Super Bowl On Sunday)

“It’s quite difficult and what we have to do is we have to join forces with the MLS to get stronger together and then we can think of competing with Europe. Then we can have a strong market that can give us the resources to compete with the big financial market that is Europe,” Bonilla said.

Still, if United 2026 goes through, the league could be well on its way.