The family of Matthew Shepard has decided to inter his remains at the Washington National Cathedral, which LGBT activists say will be a pilgrimage site.

The Shepard family cremated Shepard’s remains after he was murdered at 21 years old in Laramie, Wyoming, in 1998, fearing that a fixed resting place would draw vandalism. Bishop Gene Robinson, the Episcopal Church’s first openly gay bishop, said that now, with the approach of the anniversary of Shepard’s murder on Friday, the Shepard family sought out the cathedral as a safe place to inter his remains, in part because he loved the Episcopal Church. (RELATED: Episcopal Church Considers Making Book Of Common Prayer Gender Neutral)

“We’ve given much thought to Matt’s final resting place, and we found the Washington National Cathedral is an ideal choice, as Matt loved the Episcopal church and felt welcomed by his church in Wyoming,” said Shepard’s mother, Judy Shepard, according to The Washington Post. “For the past 20 years, we have shared Matt’s story with the world. It’s reassuring to know he now will rest in a sacred spot where folks can come to reflect on creating a safer, kinder world.” 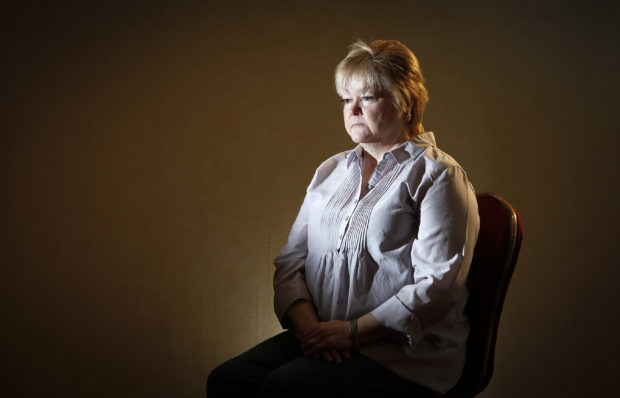 Judy Shepard, mother of 21-year-old murder victim Matthew Shepard, poses for a portrait in the Brooklyn borough of New York on Feb. 17, 2013. Matthew Shepard, who was murdered in 1998, is one of the most highly publicized cases of a hate-crime against a gay person and has spawned anti-hate legislation, books, plays and movies. REUTERS/Carlo Allegri

While details of Matthew Shepard’s murder indicate that he was murdered by a meth addicted thief over money, media speculation over the role his sexuality played in the murder sparked the narrative that it was an anti-gay hate crime. That narrative has persisted to this day, thanks in part to murderer Aaron McKinney’s and his girlfriend’s initial testimony that Matthew Shepard sparked McKinney’s rage by making an advance on him.

McKinney and his girlfriend later recanted, saying that they lied hoping that it would make McKinney’s actions more sympathetic, when in reality McKinney had simply robbed and beaten Matthew Shepard in a rage after the meth dealer McKinney was planning to rob did not show up. 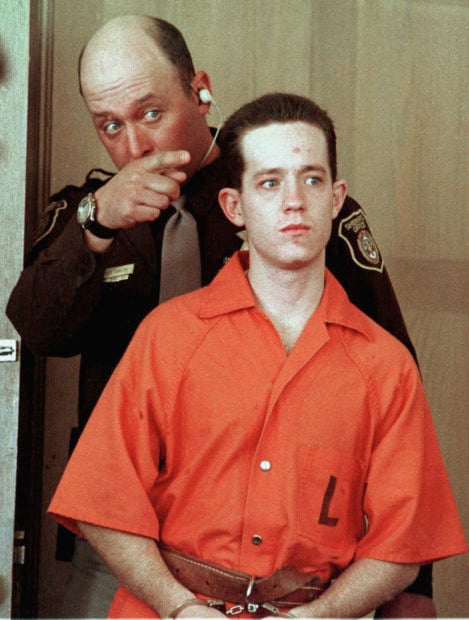 Aaron James McKinney, defendant in the Matthew Shepard murder, arrives at the Albany County district courtroom for his preliminary hearing on Nov. 19, 1998 escorted by Albany County sherrif Kelly Smith. Prosecutors and defense attorneys prepared to begin jury selection Oct. 11 in the trial of McKinney, who is charged with murder, kidnapping and aggravated robbery in connection with the death of Shepard, a 21-year-old University of Wyoming student who died last year after he was beaten and left tied to a fence post, allegedly by two men he met in a local bar. (REUTERS)

“We were hopeful through the Obama administration and with the end of ‘Don’t Ask Don’t Tell,’ and the passage of gay marriage, that maybe we were moving into an era when social and political wars over gender and sexuality were fading, but it didn’t go that way,” said Jason Marsden, executive director of the Matthew Shepard Foundation. “In everything from the alt-right to white supremacist movements, these are reversals.”

Both the Episcopal Church at large and the cathedral have publicly supported the LGBT community and same-sex marriage — support which has sparked a major rift between the American Episcopal Church and the Anglican Church, from which the Episcopal Church developed. That same disagreement over the proper, biblical approach to homosexuality has also stirred fierce internal conflict within the Anglican Church, with some prominent Anglican leaders leaving their positions in protest over the church’s tacit acceptance of homosexuality.

The cathedral’s choice to inter Matthew Shepard’s remains comes as little surprise in light of the fact that it began hosting same-sex marriages in 2010 and hosted its first transgender preacher in 2014.

Those interred at the cathedral are picked by the cathedral’s dean, currently the Very Rev. Randolph Marshall Hollerith. Hollerith is charged with picking people of “national importance, someone who has made a lasting contribution to humanity,” according to Robinson. Matthew Shepard fits that criteria, according to Hollerith’s view of Matthew Shepard as a symbol for the LGBT community. 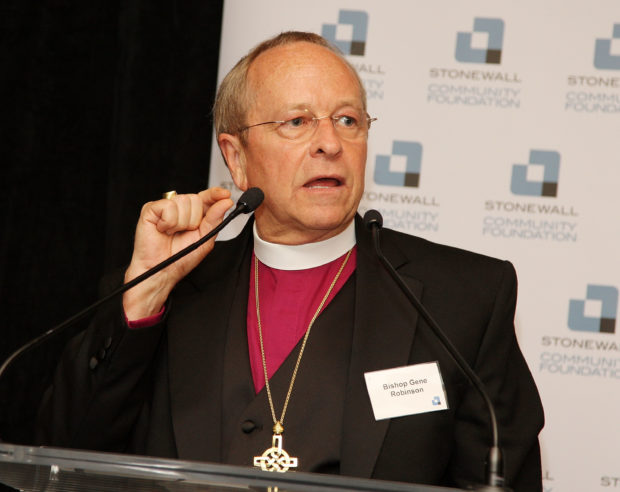 “Matthew Shepard’s death is an enduring tragedy affecting all people and should serve as an ongoing call to the nation to reject anti-LGBTQ bigotry and instead embrace each of our neighbors for who they are,” Hollerith said.

Matthew Shepard’s ashes will be interred Oct. 26 in the crypt columbarium in the cathedral’s private lower level. Visitors will not be allowed access to his niche in the crypt, though cathedral officials said they are considering installing a plaque in Matthew Shepard’s name that visitors will be able to view and touch. Matthew Shepard’s remains will rest among those of former President Woodrow Wilson; Helen Keller and her teacher Anne Sullivan; and Navy Adm. George Dewey, among other high-profile figures.

The interment service will be open to the public. Washington’s Episcopal Bishop Mariann Edgar Budde and Robinson will conduct the ceremony.