The city of Chicago filed another lawsuit against the Trump administration Friday, this time to force the release of a $2 million law enforcement grant the government is withholding as punishment for Chicago’s sanctuary city policies.

“Instead of inviting lawsuits and attacking immigrants, the Trump DOJ should immediately stop placing illegal conditions on these grants, quit withholding grant funding, and allow Chicago to use these grants to improve public safety,” Emanuel said in a statement. “We will not be bullied, intimidated or coerced into making a false choice between our values as a welcoming city and the principles of community policing.” 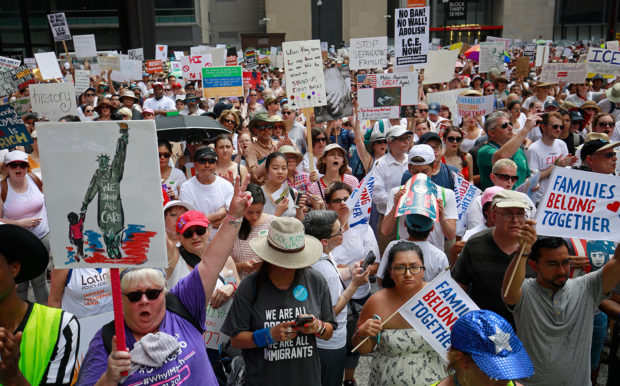 A federal judge ruled in favor of Chicago, denying the Justice Department’s motion to dismiss the lawsuit and issuing a nationwide injunction against the new eligibility guidelines. Despite the legal victory, Chicago has not received its Byrne grant of more than $2 million for 2017, and is still waiting on an award letter for this year’s grant, according to the mayor’s office.

Chicago officials contend the Justice Department is trying to do an end run around the injunction by making Byrne grants contingent on new rules against “harboring” illegal immigrants.

The city’s lawsuit comes just days after California-based federal Judge William Orrick ruled a key immigration statute unconstitutional and said the Trump administration could not use the law as basis to withhold grant money to local governments. The law, 8 USC 1373, prohibits states and cities from restricting immigration-related information they share with the Department of Homeland Security.

The Justice Department says it will contest Orrick’s decision in the 9th Circuit Court of Appeals.