Hurricane Michael’s strong winds and storm surge are estimated to have caused as much as $8 billion in insured losses, according to insurance industry analysts.

The $8 billion figure, released by Karen Clark & Company on Thursday, includes the cost of property and vehicles privately insured against wind and storm surge damages. The group’s estimate does not include insured losses covered by federal flood insurance.

About half the insured losses occurred in just two Florida counties, according to Karen Clark analysts. Hurricane Michael made landfall as a near Category 5 storm, engulfing Bay County and Gulf County in storm surge and maximum sustained winds of 155 miles per hour.

Karen Clark’s estimate is about double what experts projected before Michael made landfall on the Florida Panhandle Wednesday. The group Corelogic’s pre-landfall estimate ranged between $2 billion and $4.5 billion. 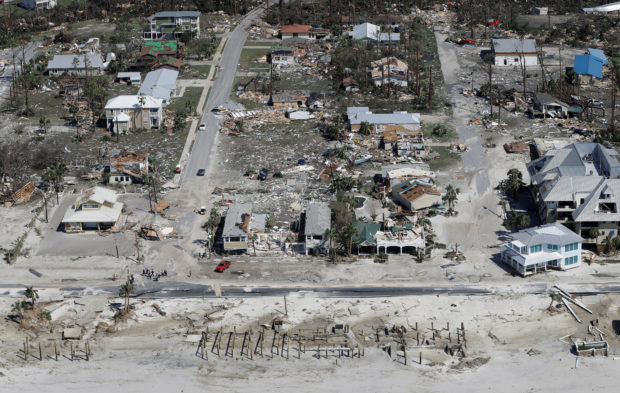 However, that’s only insured damages. Total economic damage could be as high as $30 billion in damage and lost economic activity, according to Accuweather.

“The greatest impacts will be near and east of where the hurricane’s eye makes landfall, and particularly along the coastline because of angry seas in a dangerous storm surge being driven inland by onshore winds,” AccuWeather Founder and President Joel Myers said in a statement.

After landfall, Michael weakened, but remained a major hurricane as it passed over Florida into Georgia. Michael is currently a post-tropical cyclone over the Atlantic Ocean.

Michael has so far left about 1 million people without power and at least 11 people dead. The devastating storm basically flattened the city of Mexico Beach, turning the quiet beach town into a “ground zero” full or rubble and debris from destroyed structures. 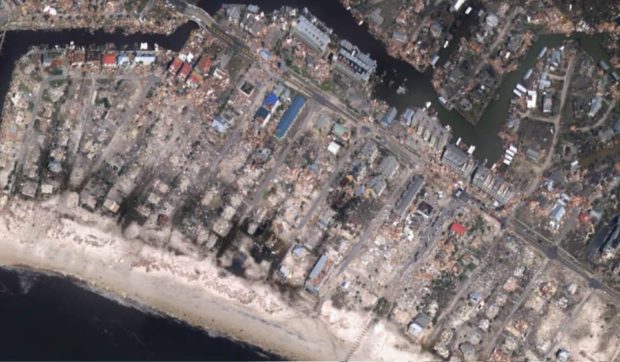 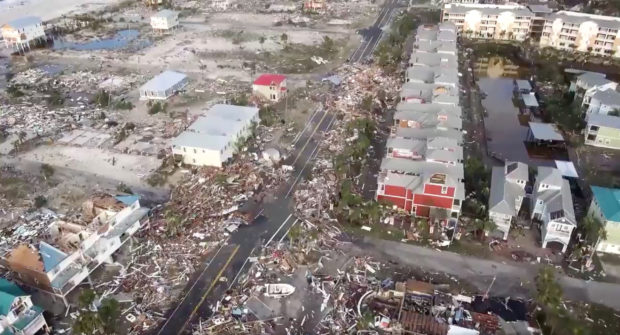 While devastating, Michael is not expected to do nearly as much damage as Hurricane Florence that struck the Carolinas in September as a Category 1 hurricane. Accuweather estimates Florence did $60 billion worth of damage.

But wait, how can a Category 1 storm do more economic damage than a near Category 5 strength storm? Two major reasons: population and speed. 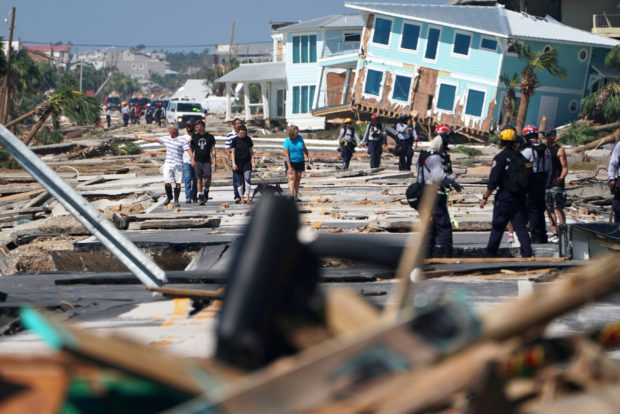 One reason Michael’s damage estimates are not as high as Florence is because the storm tracked over less populated areas. Meteorologist Andrew Siffert noted the damage would have been worse had Michael tracked east or west of where it made landfall.

Insured loss is all about the number of policy holder impacted. Household count is a close proxy. Not a lot of households. Again not downplaying the overall insured impact, just saying the industry dodged a bullet once again, Track to the west or east would have been worse. pic.twitter.com/DnSxmhe85z

Another reason is that Florence slowed before landfall after running into a high pressure system. The storm dramatically slowed and dumped 11 trillion gallons of rain over the Carolinas, causing coastal and inland flooding.

In contrast, inland flooding was not a major concern when Michael struck Florida. Michael dumped about 6 trillion gallons over Florida, Georgia and South Carolina between Tuesday and Thursday, according to meteorologist Ryan Maue.