Lisa Daftari lambasted Rutgers University for capitulating to protests from progressive students with what she called a “cowardly cancellation” of her lecture on free speech.

The university initially defended featuring Daftari as a matter of free speech and an occasion for important debate on the matter of radicalism on college campuses, but later backtracked in what they characterized as a postponement of the Oct. 16 event. The postponement came after the Muslim Public Relations Council (MPRC), the Muslim Student Association, the Latino Student Council, and Rutgers student Adeel Ahmed stirred outcry against Daftari, who is an Iranian American, and called her “Islamophobic.” (RELATED: College Discourages 9/11 Memorial Citing Muslims’ Feelings)

UAA has received and responded to students, faculty, and staff who have reached out to us about the Speaker Series event next week. Additional details about the event: pic.twitter.com/CwSVSXTy7h

Daftari, however, contested the university’s version of events, saying that university officials had not truly postponed her speaking engagement.

LET’S BE CLEAR- this was not a “postponement”- that is public relations talk for a cowardly CANCELLATION. @RutgersU told me the event was canceled.

Ahmed created an online petition entitled “Stop Islamophobe Lisa Daftari from Coming to Speak at Rutgers Paid By Our University Funds,” which garnered over 1,500 signatures at the time of publication. Members of the Rutgers University Student Assembly (RUSA), in association with the aforementioned student groups, officially denounced the university’s decision to invite Daftari Thursday.

The MPRC also authored an opinion piece in the university’s newspaper claiming that Daftari was an “Islamophobe” who “perpetuates an environment that threatens Muslims and leaves us fearing for our own safety.”

Daftari, an alumna of Rutgers and expert in Middle Eastern foreign affairs who is often featured on Fox News as a political analyst, said that the cancellation came as a surprise and that the accusations levied against her are false. She also asserted that she was never given a chance to respond to the allegations against her.

“This was very upsetting,” Daftari told The Daily Caller News Foundation. “I was very much looking forward to going back to my alma mater to ironically give a talk on freedom of speech. The campaign launched against me was unethical and defamatory, and in the end, I didn’t even get a chance to defend these dishonest and slanderous allegations. I was only silenced.” 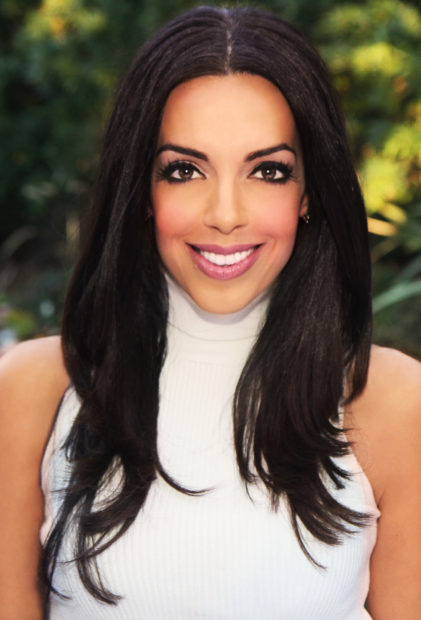 Daftari also noted the irony of being barred from appearing at an American university while being welcomed to speak as an expert in D.C. and at the United Nations.

I am a professional whose opinions and expertise are respected across the political spectrum. I give briefings in Washington and am invited to speak at the United Nations on the current turmoil in Syria, Iran and Iraq. But here on a college campus, what used to be a place of learning, understanding and acceptance, my vocational accomplishments have been unfairly minimized and dismissed in the narrow and limited scope of today’s trending social justice movements.

She asserted that while Rutgers students protested against her ostensibly in the name of maintaining a tolerant atmosphere on campus, they denied tolerance by silencing her instead of engaging in dialogue.

“This is not progressive or tolerant,” Daftari told TheDCNF. “These are bullies at work.”

Rutgers did not respond to TheDCNF’s request for comment on Daftari’s assertion it was a “cowardly cancellation.”