President Donald Trump said he did not make a deal to secure formerly detained Pastor Andrew Brunson’s release from the Turkish government, in brief comments to the White House press pool Friday afternoon. 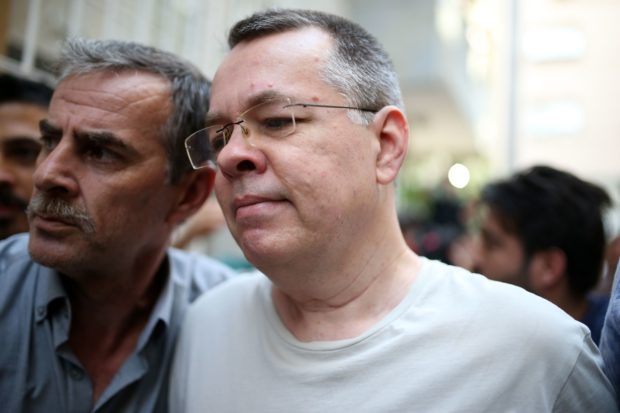 Pastor Andrew Craig Brunson (R), escorted by Turkish plain clothes police officers as he arrives at his house on July 25, 2018 in Izmir. – A Turkish court on July 25, 2018 ruled to place under house arrest an American pastor who has been imprisoned for almost two years on terror-related charges in a case that has raised tensions with the United States, state media said. The state-run Anadolu news agency said he was being put under house arrest, although it was not clear if he had already left prison. (Photo by STRINGER / AFP) (Photo credit should read STRINGER/AFP/Getty Images)

“There was no deal at all. No deal,” Trump said, adding that Brunson will be hosted in the Oval Office on Saturday after landing at Andrews Air Force Base. A White House official told The Daily Caller Friday that Brunson had cleared Turkish airspace and would be making a brief stop in Germany before continuing on to the U.S. 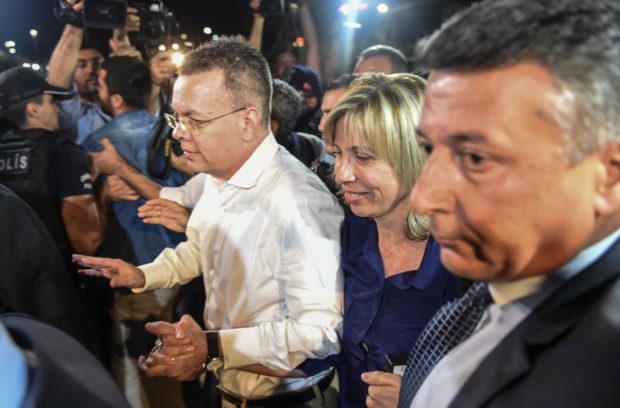 US pastor Andrew Craig Brunson (C,L) arrives at Adnan Menderes airport in Izmir, on October 12, 2018 after being freed following a trial in a court in Aliaga in western Izmir province. – US pastor Andrew Brunson, freed after a two-year detention in Turkey that shook relations between the countries, said on October 12 he was heading home soon. (Photo by BULENT KILIC / AFP) (Photo credit should read BULENT KILIC/AFP/Getty Images)

Turkey released Brunson Friday after a Judge removed all controls on his travel. He was previously placed in detention and house arrest for alleged espionage charges. Turkey’s detention of Brunson significantly escalated tensions between the U.S. and Turkey even sparking the imposition of sanctions on the country. The situation is particularly unusual because both countries are NATO allies.