Harper told Global News in an interview airing Sunday that many Canadians are fixated on the wrong concerns.

“I look at Donald Trump,” he said. “Obviously, there’s things that I’m uncomfortable with but the Bernie Sanders of the world or the Jeremy Corbyns in Britain are the ones that really, really frighten me.” (RELATED: Former Canadian PM Says Elites ‘Got It So Wrong’ About Trump)

Harper argued that the kind of populism that Trump has unleashed is actually constructive because “they are at least trying to fix what they see ails democratic, capitalist, market-oriented societies and my fear is if they don’t have success or if conservatives do not adapt to the political pressures that are driving these movements, my concern is we will have the left-wing version of that, which will be anti-market, which will be socialist or Marxist economics, which I believe would turn us in an irreversible, downturn direction.”

Harper said he sees this direction in the British Labour Party that has been “taken over by extremists. The Democratic Party is close to that in the United States.” 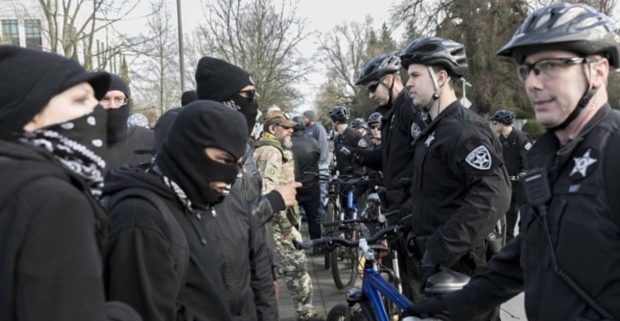 The former Conservative Party of Canada leader has conducted several interviews since the release of his book this week, “Right Here, Right Now: Politics and Leadership in the Age of Disruption.”

He says the new trade deal will better equip Canada to deal with China: “All three countries are suffering from growing trade imbalances with China so I think this is an opportunity for our government to work with the United States, frankly, on something that we could not do on our own. I think it would be very difficult for Canada alone to try and fix that structural trade imbalance problem.”