Damien Chazelle’s “First Man” failed to secure the top spot at the box office this weekend and came in third behind Marvel’s “Venom” and Bradley Cooper’s “A Star Is Born.”

The film received backlash and criticism, for failing to include a scene of Neil Armstrong planting the American flag on the surface of the moon. (RELATED: Neil Armstrong Movie Set To Roll Out But A Key Part Of The History Is Being Cut From The Film)

Astronaut Buzz Aldrin, played by ‘House Of Cards’ actor Corey Stoll, appeared to voice his displeasure with the film’s omission back in September, when he posted a photo of he and Armstrong plating the flag on Twitter.

Ryan Gosling, who plays Armstrong and hails from Canada, defended leaving out the flag scene and took a different view of America’s moon landing. 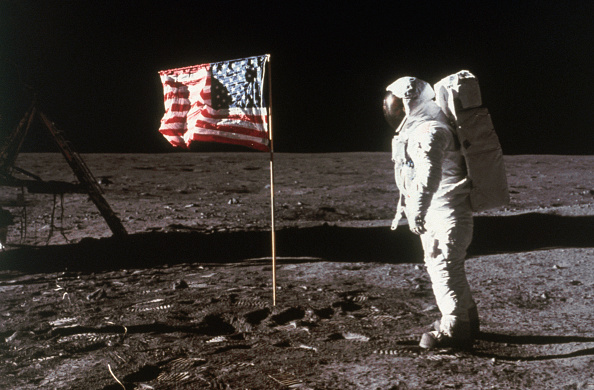 Astronaut Buzz Aldrin, lunar module pilot, stands beside an American flag placed on the moon during Apollo 11 extravehicular activity. He is photographed by the mission’s commander, Neil A. Armstrong, 1969. | Location: Moon.

“I think this was widely regarded in the end as a human achievement [and] that’s how we chose to view it,” he told reporters at the Venice film festival. “I also think Neil was extremely humble, as were many of these astronauts, and time and time again he deferred the focus from himself to the 400,000 people who made the mission possible.”

‘First Man’ failed to recoup even half of it’s $59 million budget during it’s opening weekend and has only grossed $16.5 million domestically and $8.6 million in foreign markets, Boxofficemojo.com reported.

Gosling also admitted he might have “cognitive bias” about the issue because he was born in Canada, during an interview with The Telegraph.