Rubio told CNN’s “State of the Union” on Sunday that the rising waters in the state — blamed on climate change — will continue “no matter” how much climate change legislation is in place. The senator was responding to a report released last week by the Union of Concerned Scientists that warned of dire consequences and massive flooding for Florida as a a result of climate change. (RELATED: Marco Rubio Trolls Cory Booker Over Spartacus Tweet)

“No matter what we do, no matter what we do with laws, if tomorrow we stopped all — let’s say we went to all solar panels and did all that stuff, which is not realistic — this trend [of rising water levels] still continue,” Rubio told CNN.

“We’re all over that. We’ve been working on that very hard and continue to,” he said. “Strategies to mitigate against those factors that are going to be in place no matter what happens with our energy policy, but I’m also not going to destroy our economy. There’s a reality and balance on that end of it that we need to be focused on.”

The report predicting increasing floods in Florida claims that one million homes could be hit by rising waters by the end of this century.

Rubio’s comments on climate change came as he was questioned about the state’s response to Hurricane Michael, which has so far claimed eight lives. (RELATED: Thousands Feared Missing After Hurricane Michael Batters Both Coasts. Death Toll Rises) 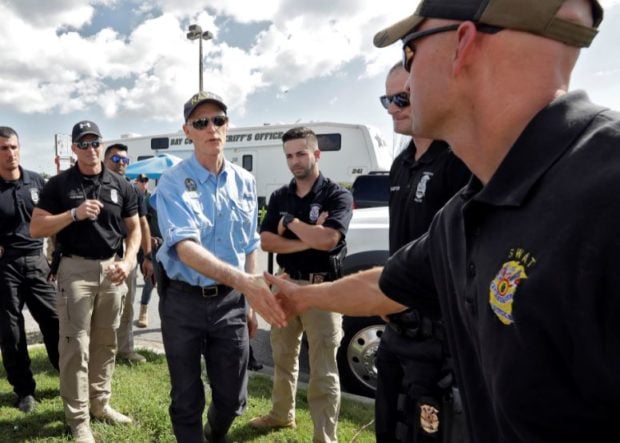