The proposed rule may not be finalized for months. If it goes into effect, pharmaceutical companies would have to “state the list price of a 30-day supply of any drug that is covered through Medicare and Medicaid and costs at least $35 a month” in ads, reported The Washington Post.

“Sometimes it takes government to make the first move, to disrupt a broken system, and to lay down new rules of the road,” Azar said while introducing the bill in a speech before the National Academy of Medicine, according to WaPo.

Drug company lobbying group PhRMA preempted Azar’s announcement with an announcement of its own: “hours before” Azar’s speech, PhRMA announced that it will voluntarily “direct consumers to company websites with pricing information,” according to WaPo. The change will go into effect April 15, 2019, reported CNBC.

Some of PhRMA’s biggest members include AstraZeneca, Celgene and Eli Lilly. 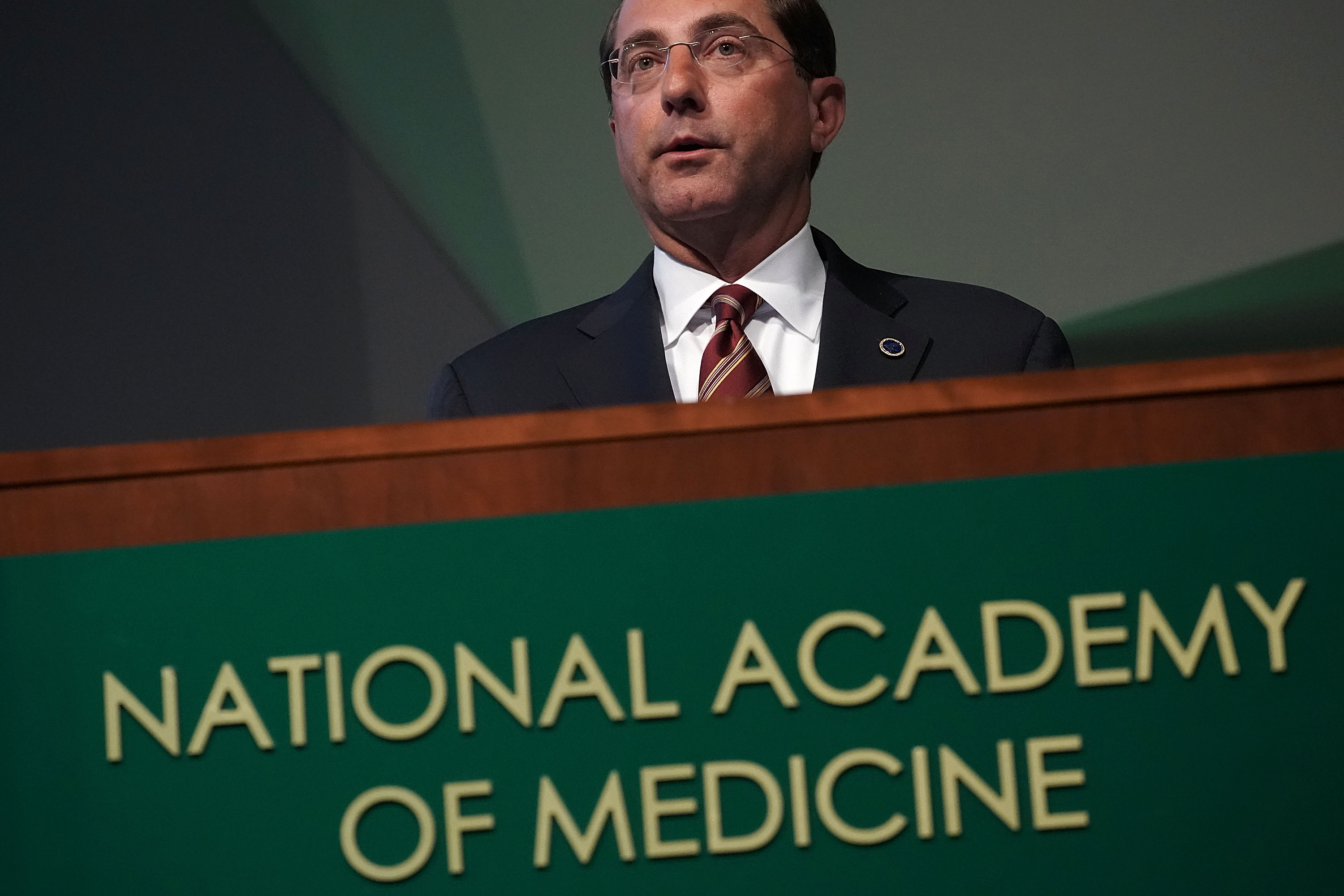 U.S. Secretary of Health and Human Services Alex Azar speaks on prescription drugs for the market during the 2018 National Academy of Medicine Annual Meeting October 15, 2018 at the National Academy of Sciences in Washington, DC. Alex Wong/Getty Images

Azar responded to the lobbying group’s move before the speech:

“Our vision for a new, more transparent drug-pricing system does not rely on voluntary action,” Azar said in a written statement Monday. “The drug industry remains resistant to providing real transparency around their prices. … While the pharmaceutical industry;s action today is a small step in the right direction, we will go further and continue to implement the President’s blueprint to deliver new transparency and put American patients first.”

Skeptics of the proposed Trump administration rule point out that “list price” can be a very confusing term for consumers. Companies have leeway in how they report list price depending on a particular drug’s dosage and formulation, according to WaPo. Since most consumers have insurance, their plan and provider could mean they pay a very different price than the one listed. (RELATED: Trump Signs Law That Ends Gag Orders Against Pharmacists Sharing Money-Saving Info)

The rule represents the latest proposal from the Trump administration as it tries to lower the cost of prescription drugs for Americans. President Donald Trump signed the Patient Right to Know Drug Prices Act, a bipartisan law that ends insurance companies’ pharmacist gag clauses in an effort to lower drug prices, Wednesday.