A new Emerson College Survey released Monday shows Heller with a commanding seven-point lead over Rosen, a liberal congresswoman vying for his seat, 48 percent to 41 percent. The poll of likely voters was conducted from Oct. 10 to 12, with a margin of error of 4.2 percent.

The Emerson survey comes nearly a week after an NBC/Marist poll showed Heller ahead of Rosen by only two percentage points. As recently as Oct. 1, a CNN survey found Rosen in the lead by 4 percentage points among likely voters. Heller has now taken the lead in the Real Clear Politics average of recent polls. 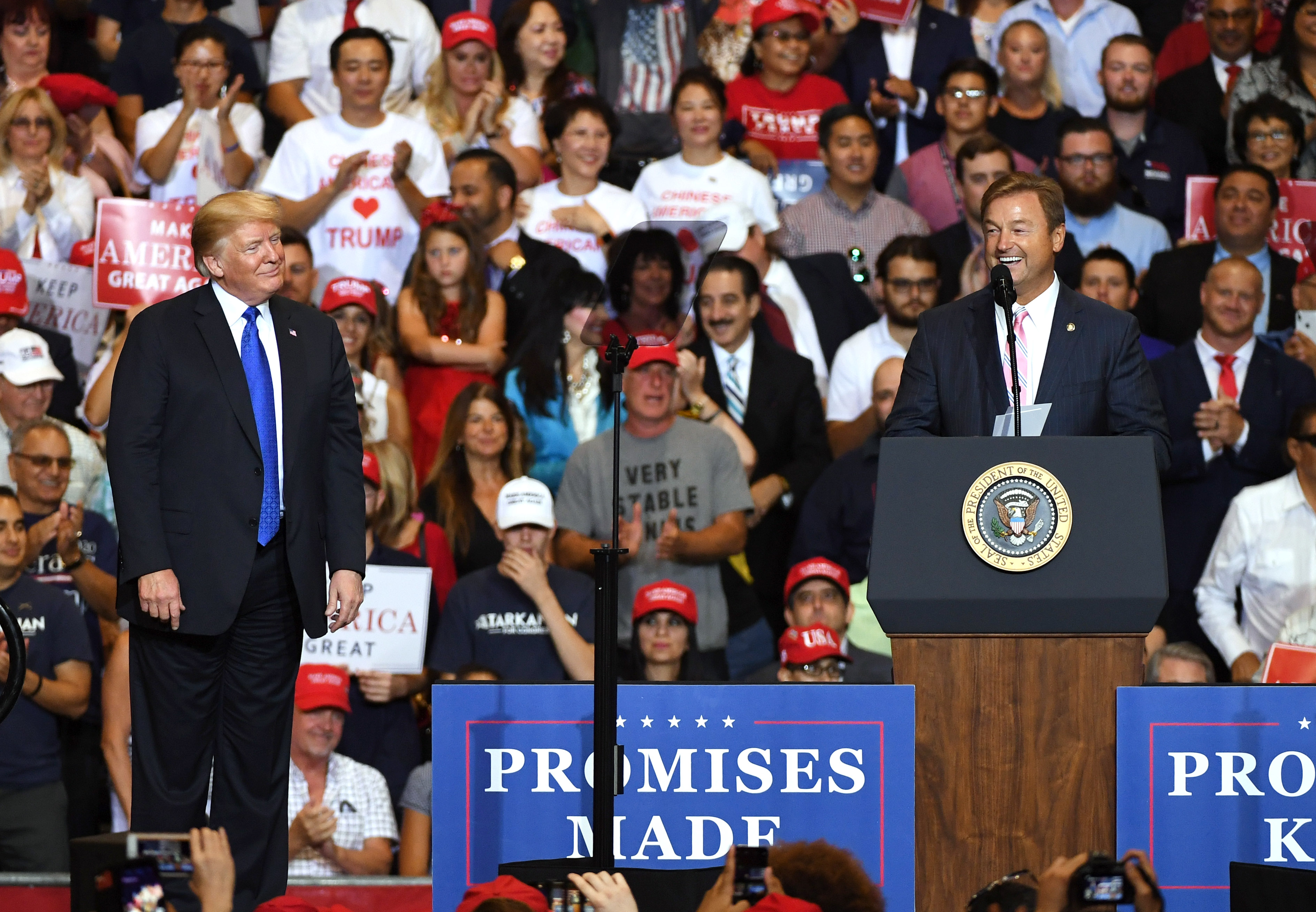 The latest numbers provide good news for Heller, a first-term Nevada senator who is has been described by many as the most vulnerable Republican running in this midterm cycle. Also, the change in direction provides further evidence of a “Kavanaugh bounce” for Republicans. Numerous GOP candidates have either closed the gap or surpassed their Democratic rivals shortly following the heated battle to place Brett Kavanaugh onto the Supreme Court. (RELATED: If Midterms Are About Brett Kavanaugh, Democrats Are In Deep Trouble, Says CNN’s Senior Political Analyst)

Rosen — a first-term representative of Nevada’s 3rd Congressional District — has experienced controversies of her own since launching her Senate bid.

Throughout the campaign, Rosen has touted her strong business credentials. The Democrat has repeatedly claimed that she founded and ran a one-woman consulting firm. However, Heller’s campaign has pushed back hard on this claim, saying that there is no documentation or other records to prove this consulting business ever existed. A public records request did not turn up any copies of a “Sole Proprietor Exemption” or “Sole Proprietor Registration” under Rosen or her maiden name — such registrations are necessary for business owners in Nevada.

Rosen denies the notion that she made up her business credentials, calling the attacks “spineless.”

Heller will enjoy more support from the White House in the coming days. President Donald Trump is scheduled to hold a campaign rally in northern Nevada on Saturday. The event comes just a month after the president gave a speech in Las Vegas alongside Heller.