Massachusetts Democratic Sen. Elizabeth Warren reminded President Donald Trump Monday of the $1 million he discussed giving to charity if she were to prove her American Indian heritage.

“Remember saying on [July 5] that you’d give $1M to a charity of my choice if my DNA showed Native American ancestry? I remember – and here’s the verdict. Please send the check to the National Indigenous Women’s Resource Center,” Warren tweeted at Trump Monday after she released the results of her DNA test.

When a reporter asked him about the $1 million donation Monday, Trump brushed it off.

“I didn’t say that, you better read it again,” he said.

Warren was referencing comments made by Trump about debating her if she is a potential Democratic rival in 2020 during a rally in Great Falls, Montana, July 5, according to The Washington Post.

“I’m going to get one of those little [DNA testing] kits and in the middle of the debate, when she proclaims she’s of Indian heritage…,” Trump said according to WaPo. “And we will say, ‘I will give you a million dollars to your favorite charity, paid for by Trump, if you take the test and it shows you’re an Indian.'” 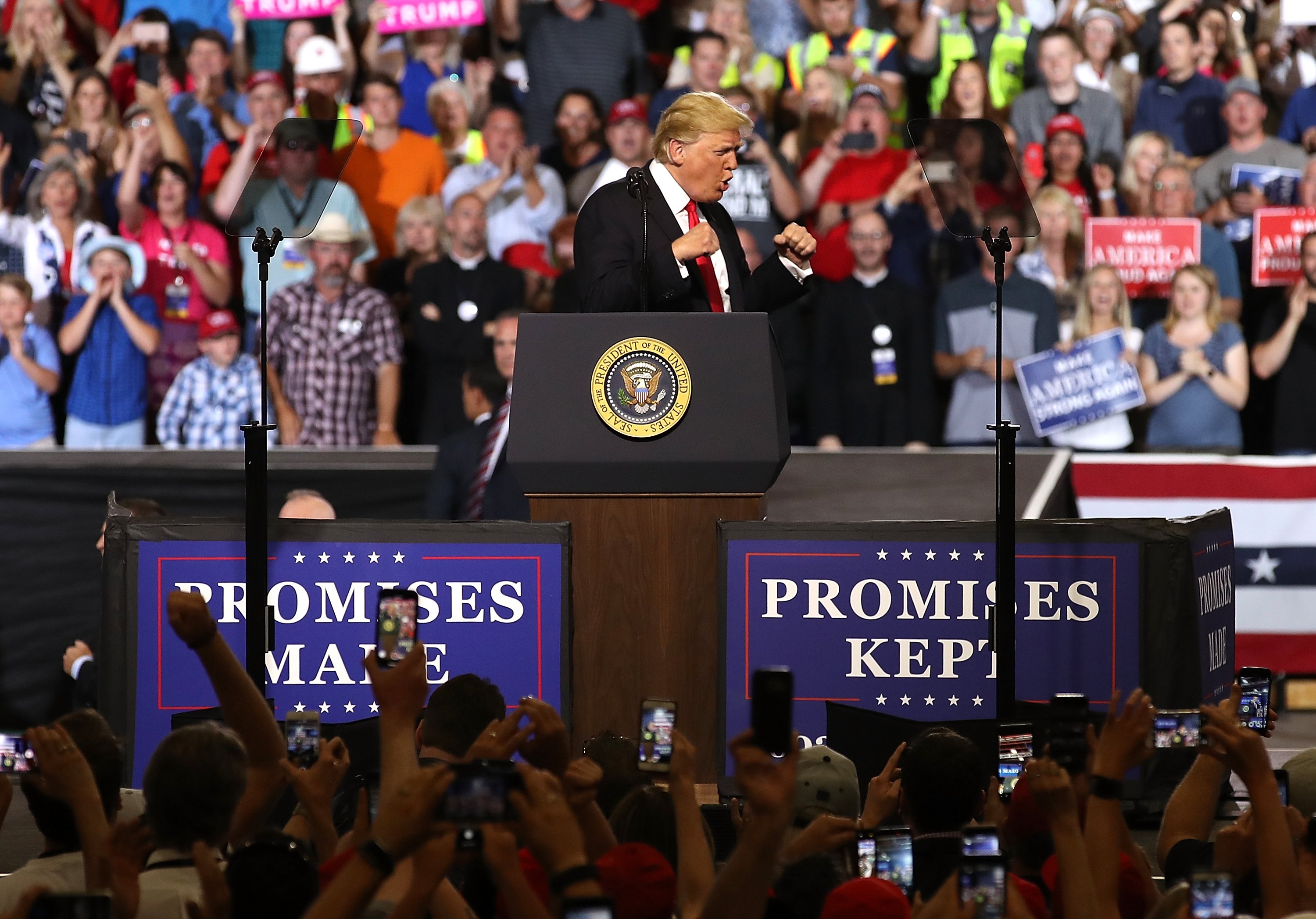 “Let’s see what she does,” Trump continued according to WaPo. “I have a feeling she will say no, but we’ll hold that for the debates. Do me a favor. Keep it within this room?”

Warren continued to take swipes at the president over the DNA test. (RELATED: Harvard Law School Once Touted Liz Warren As A Native American Professor)

“I took this test and released the results for anyone who cares to see because I’ve got nothing to hide. What are YOU hiding, [President Trump]? Release your tax returns – or the Democratic-led House will do it for you soon enough. Tick-tock, Mr President,” Warren posted on Twitter Monday. The results showed she is somewhere between 1/32 to 1/512 American Indian.

Some see Warren’s decision to release the results as a precursor to a 2020 run for president — CNN moved her up to No. 1 on its list of Democratic contenders after she made her DNA test results public Monday.