The Environmental Protection Agency is pushing back against a suspended agency official who has repeatedly claimed the Trump administration is failing at protecting children from lead-infused water.

Ruth Etzel is on leave from her role as director of the Office of Children’s Health Protection (OCHP) until the agency can investigate “serious reports” made against her, according to an EPA spokesman. Agency officials are also pushing back against Etzel’s claims that the EPA is trying to weaken her department and make children “disposable.” 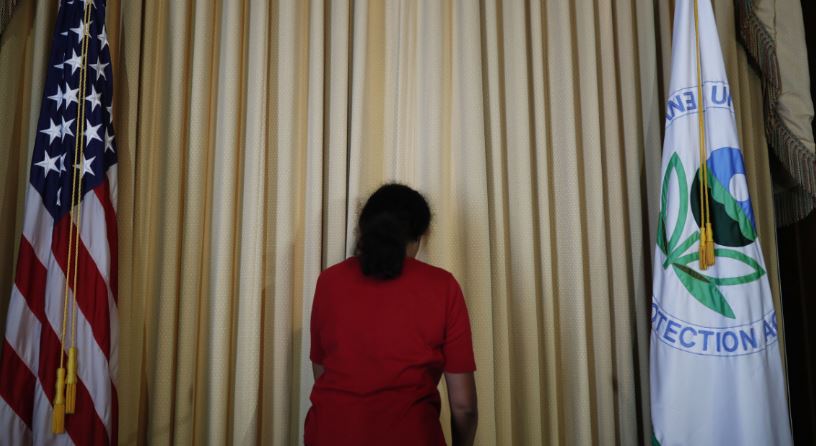 “It’s unfortunate that she has decided to go to the press in what appears to be an attempt to distract from these allegations,” spokesman Michael Abboud said in a statement Monday to The Daily Caller News Foundation. He was responding to a slew of interviews Etzel has given in which she suggests the Trump administration is targeting her department.

Abboud added: “The Agency believes Dr. Etzel’s characterizations misrepresent the situation; this is about allegations of a person’s actions, not the Office. Everyone involved should allow the Agency to continue looking into the allegations of inappropriate conduct.” EPA is also not slowing down on any efforts to fix broken water infrastructure, he noted.

Etzel told CBS correspondent Anna Werner Monday that her bosses are phasing her out of the administration. “Our message is no longer welcome. The message that children are not little adults and they need special protections is not welcome,” she said, adding that her one-on-one meetings with EPA Administrator Andrew Wheeler were abruptly halted.

She has been making roughly the same claims since September as the agency wrestles with a set of allegations staff members have levied against her. The EPA refuses to explain the nature of the allegations.

News about Etzel’s situation gained traction after The New York Times first reported on her claims in September after she was removed from her post. Etzel eventually leaked an email to Buzzfeed suggesting the agency was on a mission to delete her program. She also had her badge taken away, an anonymous source told TheNYT at the time.

The Office of Children’s Health Protection advises the EPA on the health needs of children, and its findings can sometimes lead to more stringent environmental regulations. The office Etzel oversees is small, with 15 full-time employees in Washington, D.C. and 10 regional children’s health coordinators. (RELATED: EPA Slaps Down Rumors It’s Deleting An Obscure Children’s Health Program)