Sen. Elizabeth Warren’s attempt to fend off critics about her Native American ancestry might not pass the standards used by anthropologists and members of indigenous tribes.

The Massachusetts senator and potential 2020 Democratic hopeful released results Monday of a DNA test conducted by a Stanford University researcher to The Boston Globe that provided evidence that she may have a Native American ancestor dating back several generations.

Yet tests like the one Warren underwent are a subject of great controversy both from scholars and members of federally recognized tribes. (RELATED: Warren Releases Results Of Her DNA Test)

Most native communities don’t recognize DNA tests for membership. The Cherokee tribe, for example, requires that an individual identifies at least one direct ancestor in its comprehensive database.

Other tribes do require such testing, yet experts dispute their utility. 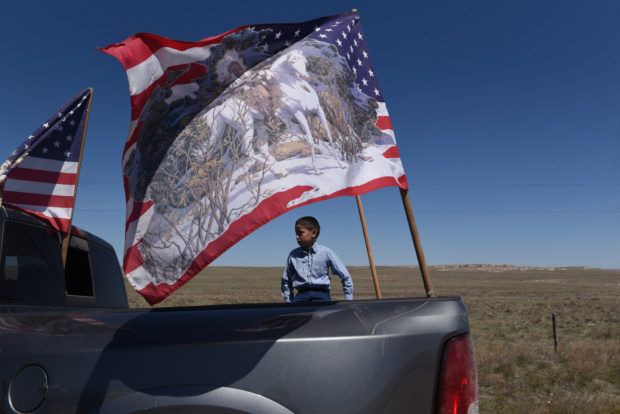 A young boy sits in the back of a pick up truck with the flags representing the United States and Native Americans near Fort Laramie, Wyoming, U.S., April 27, 2018. REUTERS/Stephanie Keith

“People think that there’s a DNA test that can prove if somebody is Native American or not. There isn’t,” anthropologist Kim TallBear told the New Scientist in a 2014 interview.

“There’s a great desire by many people in the U.S. to feel like you belong to this land. I recently moved to Texas, and many of the white people I meet say: ‘I’ve got a Cherokee ancestor,'” she said.

Others, like TallBear, the Canada research chair in indigenous peoples, technoscience and environment, are suspicious of DNA tests.

“I don’t want to help them make money doing what I think is stupid science,” TallBear told the Canadian Broadcasting Corporation in June.

TallBear’s comments came after a DNA analysis showed that a pet chihuahua showed both the dog and owner shared an identical 20 percent native ancestry.

“Even in a credible DNA lab, there are problems with using these kinds of tests to determine Indigenous affiliation,” she said.

To some natives, the very notion of a DNA test is insensitive. Frank Dukepoo, a geneticist with indigenous heritage, told the San Francisco Chronicle that DNA is “sacred.”

“To us, any part of ourselves is sacred. Scientists say it’s just DNA. For an Indian, it is not just DNA, it’s part of a person, it is sacred, with deep religious significance,” he said. “It is part of the essence of a person.”