The U.S. budget deficit swelled from $666 billion in fiscal year 2017 to $779 billion in 2018, a roughly 17 percent increase that has produced the highest deficit since 2012, according to Treasury Department data released Monday.

The deficit was driven largely by a bipartisan spending package passed in February. The package included hikes in defense and domestic spending and was projected to add $300 billion to the deficit, a proposition criticized by Congress’s more conservative members. (RELATED: Congress Passes Huge Budget, But It’s Not Trump’s) 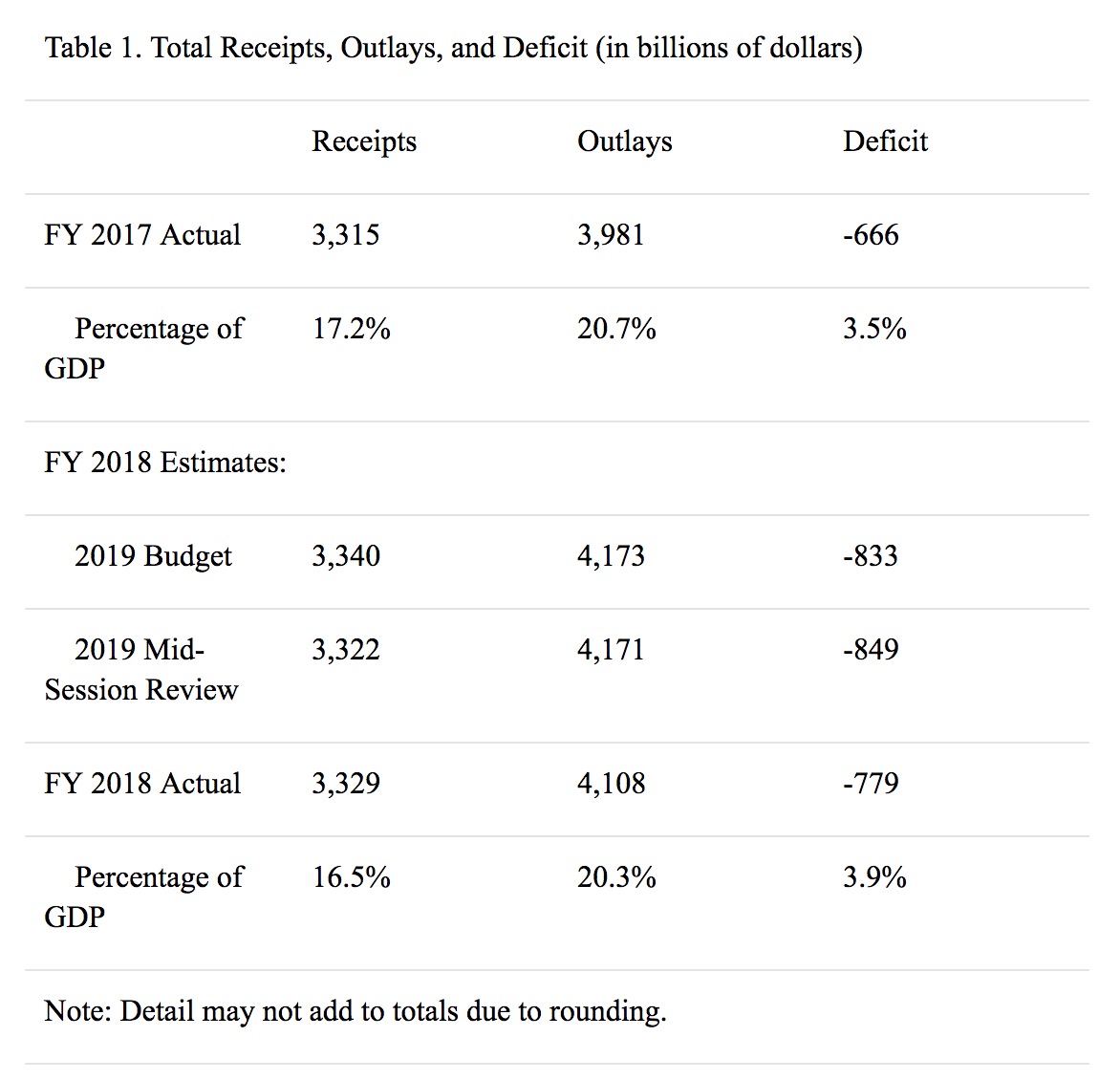 Increases in tax revenue slowed year to year but still gained slightly – less than .5 percent – over 2017. The slowdown stemmed from a tax reduction bill signed by Trump in December.

The U.S. had a record budget surplus for September of $119 billion, but the gain is owed largely to pushing back some payments past the Sept. 30 deadline that marked the end of the 2018 fiscal year, Reuters reports.