The city of Atlanta has agreed to pay former Fire Chief Kelvin Cochran $1.2 million after suspending and then firing him in 2015 over statements he published in a religious-themed book.

Cochran wrote the book titled, “Who Told You That You Were Naked?” in 2013, and he intended it to be used for a men’s Bible study aid. He handed out copies to a number of his friends and co-workers — people he said had requested them.

In the book, Cochran referred to homosexuality as a “perversion” in accordance with his own religious beliefs.

Two years later, in January of 2015, Atlanta Mayor Kasim Reed suspended Cochran and then ultimately fired him, claiming that he had illegally promoted his book on the job.

City attorney David Gevertz noted that, in addition to claiming that homosexuality was a perversion, Cochran had “lumped together gay people, those who have sex outside of marriage and non-Christians with murderers, rapists, pedophiles and those who engage in bestiality.” 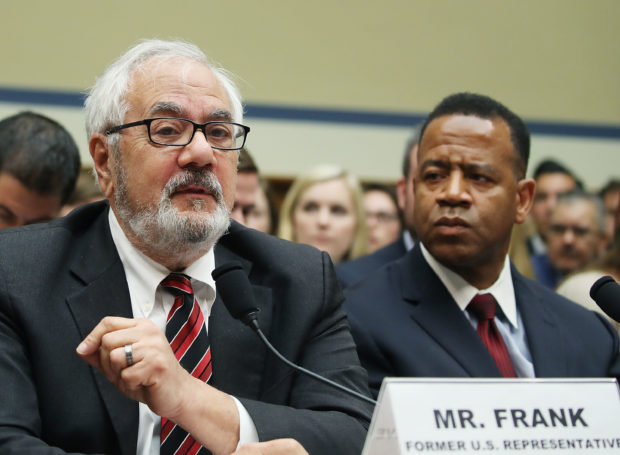 Cochran, who also served as U.S. Fire Administrator under President Obama, initially worked to get his job back by saying that throughout his life, he could only ever remember wanting three things:

“Given my history and work throughout my career and with the city of Atlanta, I was shocked that writing a book and encouraging Christian men to be the husbands and fathers and men that God had called us to be, would jeopardize my 34-year career,” Cochran said.

When it became clear that was not going to be possible, Cochran filed a federal lawsuit against the city, arguing that in addition to violating his free speech and due process, Mayor Kasim Reed had done so much damage to his name and reputation that he could never find work as a firefighter again.

That lawsuit has now been settled, and the city has agreed to pay Cochran $1.2 million.

1
REPORT: More Than 40,000 People Have Arrived In The US From China Since Trump Restricted Travel
World
2
'We Should Never Let Someone Like That Run This Country': Tucker Carlson Says Dr. Fauci's Advice Could Lead To 'National Suicide'
Media
3
CNN's Acosta Interrupts Dr Birx As She Discusses The WHO's Handling Of Coronavirus Pandemic
Politics
4
EXCLUSIVE: Coronavirus Expert Says Virus Could Have Leaked From Wuhan Lab
Investigative Group
5
Our Reckless Media Isn’t Built For Anthony Fauci’s Careful Words
Editorial