Sean Hannity hit back at Ben Sasse after the Nebraska Republican senator used around 20 pages of his upcoming book to criticize the Fox News host.

The book, “Them: Why We Hate Each Other — and How to Heal,” states that Hannity’s shows are “not to promote a particular conservative agenda, or to encourage American patriotism, or even to offer coherent arguments against liberalism,” but “his core cause is to rage.”

To Sasse, according to The Daily Beast, Hannity’s shows are “polititainment” that boils down to one concept: “Liberals are evil, you’re a victim, and you should be furious.” The Nebraska senator also characterized his interactions with Hannity as “unusually unpleasant.”

“Hannity tells a lot of angry, isolated people what they want to hear,” wrote Sasse in the upcoming book, according to The Daily Beast, “And he has the delivery down to an art form. We’d all be better off, as would our communities, if we understood the game he and his colleagues—on both sides of the spectrum—are playing.” 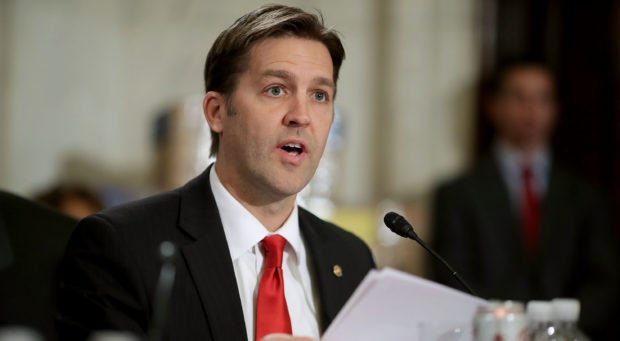 WASHINGTON, DC – JANUARY 10: Senate Judiciary Committee member Sen. Ben Sasse (R-NE) questions Sen. Jeff Sessions (R-AL) during his confirmation hearing to be the next U.S. Attorney General in the Russell Senate Office Building on Capitol Hill January 10, 2017 in Washington, DC. Sessions was one of the first members of Congress to endorse and support President-elect Donald Trump, who nominated him for attorney general. (Photo by Chip Somodevilla/Getty Images)

In a response to Sasse’s criticism given to The Daily Beast, the Fox News host said: “Unfortunately, I went to bat for Ben Sasse, who has proven to be the single biggest disappointment in politics today. He totally conned me like he conned the people of Nebraska.”

One of the biggest mistakes in my career was supporting @BenSasse Just useless. https://t.co/bYReWFdfKO