Kimmel and Vega attended Clark High School together and have known each other since they were 12-years-old, according to the Las Vegas Review-Journal. (RELATED: Jimmy Kimmel Trashes Kanye West For Meeting With Trump, Suggests They’re Both Mentally Ill)

Kimmel recorded a 6-minute video of him interviewing Vega about his agenda and what he hopes to accomplish if elected.

.@jimmykimmel, a Clark High School graduate, has known the candidate for North Las Vegas Constable since the two were about 12 years oldhttps://t.co/wgu8eomKBd

“Never did I imagine that I would be doing this and that you would potentially be doing this. This has never crossed my mind. I don’t think it ever crossed your mind,” Kimmel said during the interview. “I did want to say that I’m proud of you for doing this.” 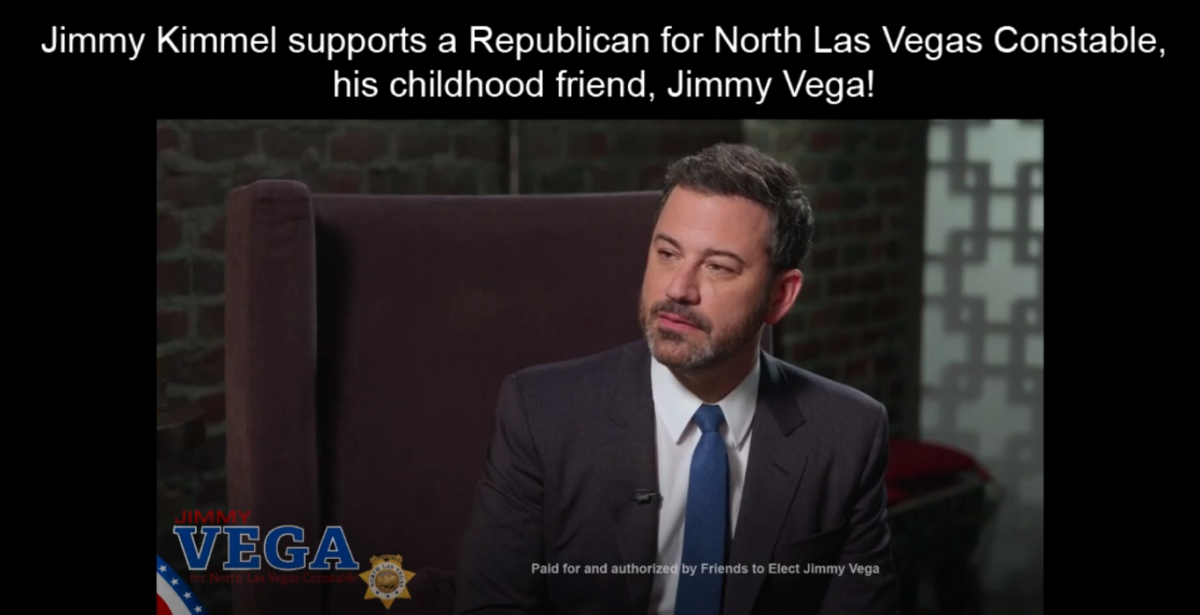 The 51-year-old Vega has been in the military for 25 years and is still a member of the naval reserves. He said one of his top priorities will be assisting veterans throughout all of northern Las Vegas.

If elected constable, Vega would carry out duties similar to that of a peace officer, including serving evictions and summoning juries for justices of the peace.

“You have to do evictions but nobody says you can’t do it with some compassion and try to help these people,” Vega told Kimmel. “So that’s my intention.”

Kimmel endorsed Vega despite taking daily shots at the GOP and Republican President Donald Trump, on his late night program on ABC.