Scientists have in recent years increasingly been publishing headline-grabbing studies that predict the demise of people’s favorite products as part of a strategy to get the public riled up about global warming.

However, some experts don’t think such studies are very effective, especially since they often rely on questionable projections of future global warming.

“Climate research is following in the footsteps of research on diets,” environmental economist Richard Tol told The Daily Caller News Foundation. “There is a new story every week, often one that contradicts last week’s claims.”

The study, published Monday, found that global barley production could drop as much as 17 percent on average under a “business as usual” scenario, sparking a wave of media coverage warning of an impending beer shortage.

In fact, the study’s authors admitted the point of projecting global warming’s impact on beer was to draw media attention. (RELATED: Study Claims Beer Will Be Global Warming’s Next Victim, But There’s A Problem)

One co-author told The Associated Press the study was “partly done to drive home the not-that-palatable message that climate change is messing with all sorts of aspects of our daily lives.” 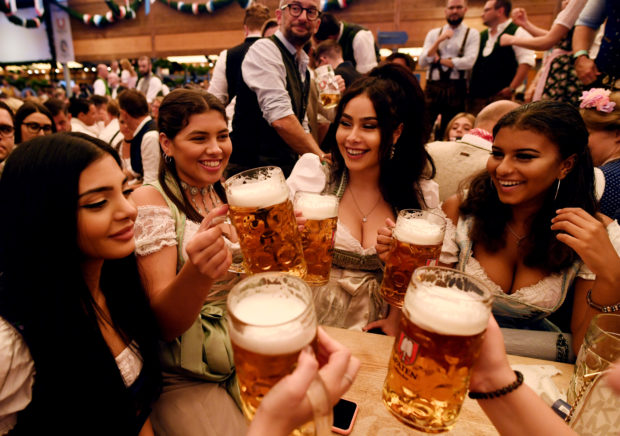 Visitors cheer with beers during the opening day of the 185th Oktoberfest in Munich, Germany September 22, 2018. REUTERS/Andreas Gebert.

“Clearly, many people around the world value their beer,” study co-author Nathan Mueller told TheDCNF. “It’s important to understand how climate change will impact our daily lives and things we care most about – whether that happens to be a favorite national park, coastal beaches or a pint of beer.”

The ultimate goal of studies linking global warming to goods like beer, wine or chocolate is to drive media coverage. But many experts say this is not a good way to get people to take global warming seriously.

“People read this for entertainment, but it won’t change their vote or their behavior,” Tol, a University of Sussex professor, told TheDCNF.

In fact, a recent ABC News, Stanford University and Resources for the Future poll found that Americans’ opinions on global warming have essentially remained unchanged since the late 1990s.

Projecting a rise of more than 7 degrees Fahrenheit by 2100, RCP8.5 has been called “exceptionally unlikely” by experts because it relies on historic energy trends reversing. Yet, RCP8.5 is the single-most used scenario for modeling future warming.

For example, scientists used RCP8.5 in a study claiming future global warming could reduce the land area suitable for growing coffee up to 88 percent by 2050. 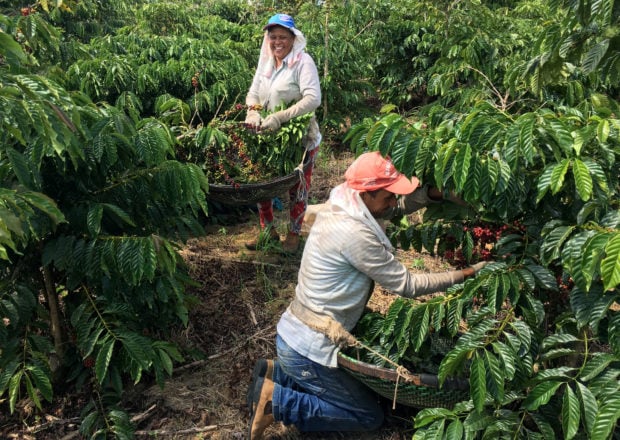 Time declared coffee was “in danger,” citing the 2017 study’s high-end estimate based on RCP8.5. Newsweek cited the study in an article claiming global warming “could mean the end of coffee beans.”

A recent University of Michigan study used scenario similar to RCP8.5 to claim that “sugar maples would eventually disappear from Michigan’s Lower Peninsula” due to global warming.

The study’s alarming findings spurred NPR to report in February that future warming “could eventually render the sticky stuff extinct.” However, the maple syrup apocalypse only occurred under warming up to 10 degrees Fahrenheit by 2100.

Projections of less warming showed sugar maples would only be “slightly harmed” by 2100, which is not nearly as headline-grabbing as forecasting the end of syrup. 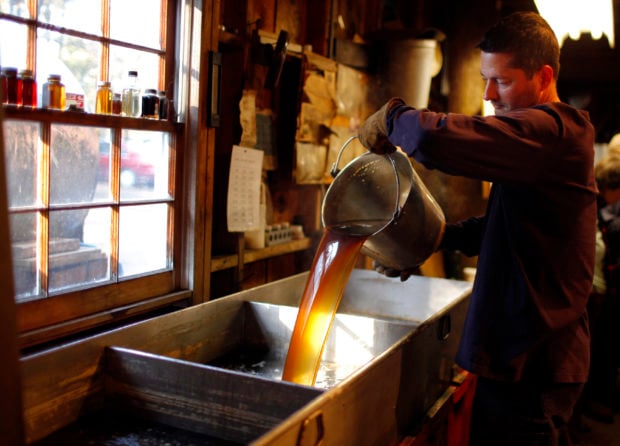 Steve Randle, a software engineer during the work-week, pours freshly made maple syrup in the finishing pan at Hollis Hills Farm in Lunenburg, Massachusetts February 19, 2012. Making maple syrup allows Randle to trade his workday loafers for boots and jeans. Hollis Hills Farm has 1500 taps this season around Lunenburg. It takes 40 gallons of sap to make one gallon of maple syrup. REUTERS/Brian Snyder.

Institute for Energy Research economist Robert Murphy said studies focusing on how extreme global warming may affect luxuries like beer and chocolate in future decades often leave out an important element — the cost of action.

“I haven’t seen anybody telling the public how high conventional gasoline prices will have to jump,” Murphy told TheDCNF. “Using the standard literature, the jump in implied ‘carbon price’ would mean at least a $3/gallon bump in price.”

Would you be willing to pay an extra $3 a gallon to increase chocolate or maple syrup production? It’s a good question, but one researchers with an agenda often ignore, according to Murphy.