A Royal Canadian Mounted Police (RCMP) report says security checks on illegals flowing into Canada from the United States may be “incomplete” due to the high volume of migrants. The internal national security assessment was obtained by the Toronto Sun through an access to information request. 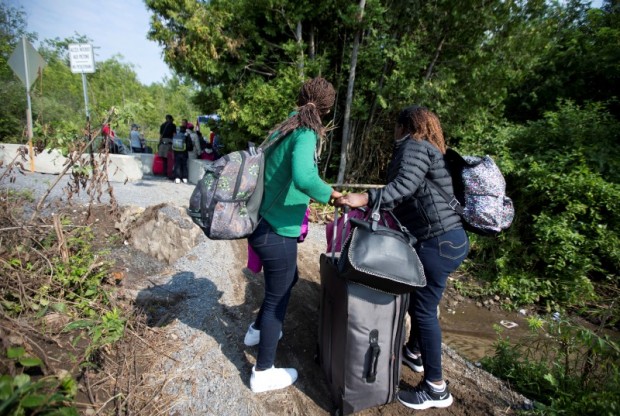 As the January 2018 report states:

The surge of illegal (between the ports) migration into Canada in summer 2017 placed a considerable strain on Canadian border and immigration resources. The screening of these subjects through CPIC, NCIC, Interpol and PROS — time permitting — provides an incomplete security portrait, as subjects might hold records of criminal activity within local databases of their countries of origin. The RCMP requires access to local holdings to improve the detection of previously affiliated crime/gang members attempting to illegally enter Canada.

The report details how the RCMP officers attempted to obtain a series of databanks on illegal immigrants who began their migrant journey from El Salvador. (RELATED; Trudeau’s Border Plan: Put illegals In Hotels)

The officers went to El Salvador to find the information earlier this year, fearing another wave of asylum seekers when about 200,000 refugees from El Salvador, who currently reside the United States, lose their temporary protected status in September 2019.

Members of the Mara Salvatrucha gang (MS-13) are presented to the media after being detained by the police during a private party in San Salvador, El Salvador, August 10, 2017. REUTERS/Jose Cabezas.

Canada’s national police force is especially concerned about the potential explosion of El Salvadorans crossing the border because some illegals may have been involved with the infamous MS-13 and 18th Street Gang activities.

The RCMP report details how the police officers were particularly looking for the names of individuals suspected of or known to be associated with these groups. (RELATED: Salvadorans Could Be Next Wave Of Illegals Crossing US Border To Canada)