If the men identified by Turkish authorities were in fact involved in The Washington Post columnist’s alleged murder, it would rule out President Donald Trump’s suggestion that “rogue killers” were responsible.

One of the suspects is a close companion of the crown prince, The New York Times reports, and has been seen traveling with him around the world on various trips, including to Paris and Houston.

Three of the other suspects in the report are believed to be part of the crown prince’s security detail, and a fifth is a forensic doctor who has held senior positions in the Saudi Interior Ministry.

Secretary of State Mike Pompeo traveled to Riyadh Tuesday to meet with the crown prince and other top Saudi officials to discuss the disappearance of Khashoggi, who had been living in self-imposed exile in the United States for the past year.

The crown prince and his father, King Salman, have denied any involvement in Khashoggi’s reported death, although reports have been circling that the Saudis plan to claim the journalist died in an interrogation gone wrong. 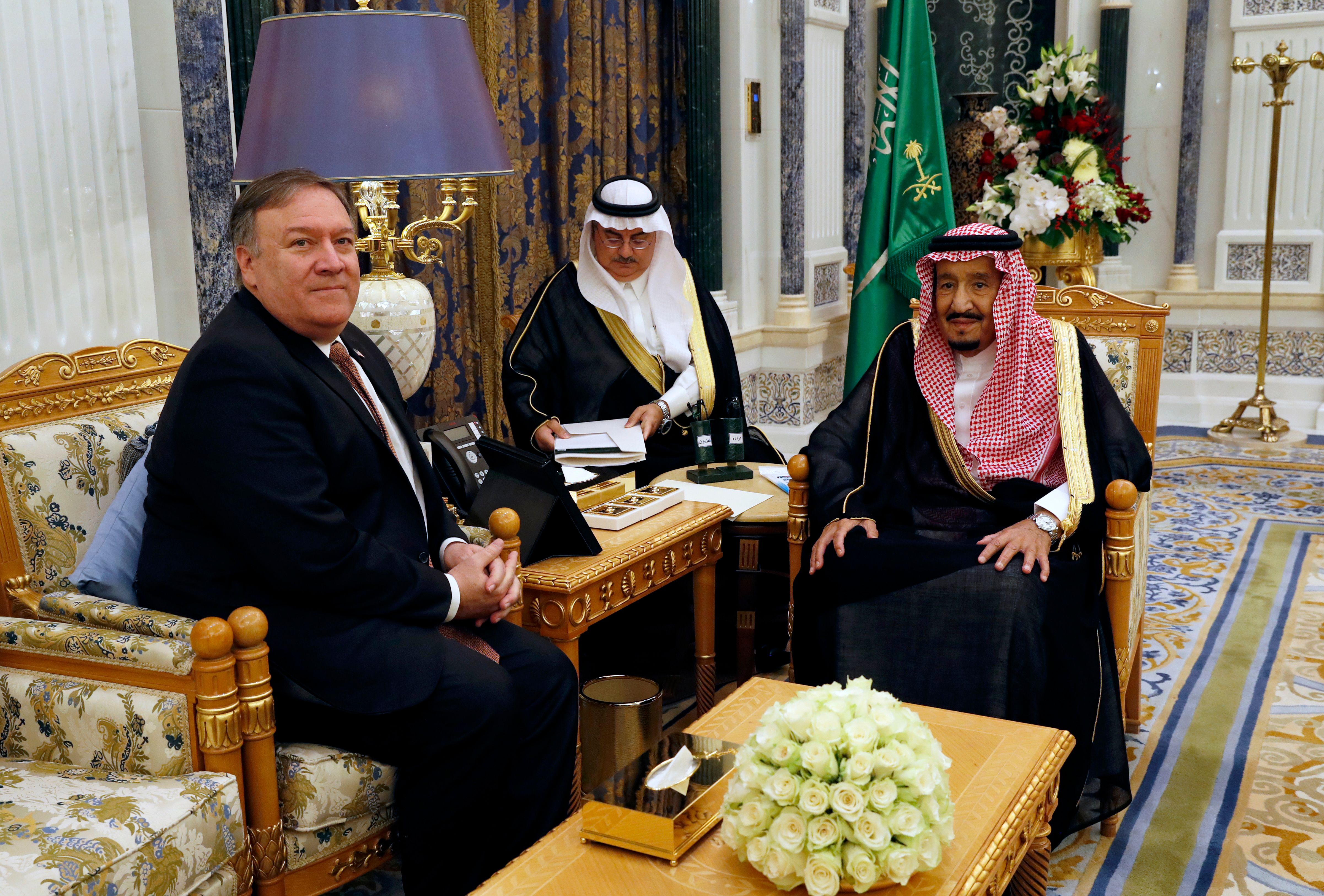 CNN claims, based on two unnamed sources, that the operation was carried out without clearance from Saudi officials, and the interrogation was supposed to end in Khashoggi’s abduction from Turkey.

Turkish officials believe a team of 15 Saudi agents were sent to the consulate to assassinate Khashoggi and then dismembered his body with a bone saw. They say this happened within two hours of Khashoggi entering the consulate. (RELATED: Saudi Arabia Allows Inspection Of Consulate Where Jamal Khashoggi Is Said To Have Disappeared)

If the Turkish reports prove to be true, the Saudis’ claim of a botched interrogation would not appear to match up with the Turkish timeframe.

The New York Times reported that it has independently confirmed that at least nine of the 15 suspects worked for Saudi security services, the military or in other government capacities.

One of the identified suspects is Maher Abdulaziz Mutreb, who was a diplomat assigned to the Saudi Embassy in London in 2007, the Times report states.

The Times identified another suspect as Abdulaziz Mohammed al-Hawsawi, who travels with the crown prince as part of his security team, while another, Thaar Ghaleb al-Harbi was reportedly promoted last year to the rank of lieutenant in the Saudi royal guard.

A final identified suspect reportedly traveled without a passport, but claimed the same name as another member of the royal guard, Muhammed Saad Alzahrani.