Sen. Ted Cruz and Rep. Beto O’Rourke teed off Tuesday night in what will likely be their final debate before Texas voters scurry to the ballot box in November. O’Rourke was aggressive, but some media believe it might be too little too late.

O’Rourke, trailing in the polls, came out on the attack in Tuesday’s debate in San Antonio. He peppered Cruz with his criticisms about the Republican senator’s positions on climate change and honesty. It remains to be seen whether the more aggressive tone O’Rourke conveyed will resonate with voters as the election nears.

“Sen. Cruz is not going to be honest with you,” O’Rourke said after Cruz suggested his Democratic opponent’s concern over climate change was a type of plot to obtain “the power to control the economy.” He continued on this tone, adding in criticisms about Cruz’s take on global warming.

“He’s going to make up positions and votes that I never held or have never taken,” O’Rourke said. “He’s dishonest. It’s why the president called him Lyin’ Ted, and it’s why the nickname stuck. Because it’s true.” O’Rourke also attempted to frame Cruz as someone who abandoned Texas to run for president. 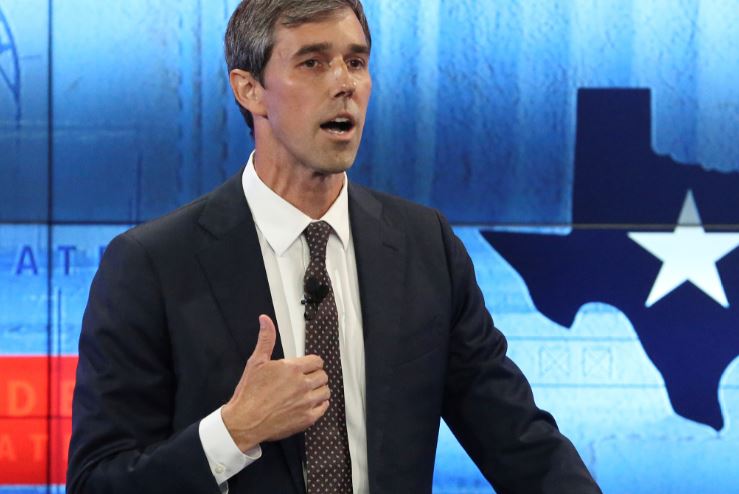 Cruz, meanwhile, aggressively went after the congressman’s record, which he claims is out of sync with deep-red Texas.

“It’s clear Congressman O’Rourke’s pollsters have told him to come out on the attack,” Cruz said when needled about climate change. “So if he wants to insult me and call me a liar, that’s fine. But as John Adams famously said, facts are stubborn things.”

Yet some media outlets are painting the debate as a major loss for O’Rourke, who is struggling in the polls despite raking in a record haul in donations in September. (RELATED: Beto O’Rourke Raises Nearly $40 Million As Polls Plunge)

Slate, for one, suggested in its write-up of the debate that the Democratic congressman’s performance was unlikely to change the trajectory of the race.

“Ted Cruz ‘won’ the debate, the second and final of the much-watched campaign that was never all that close. Cruz won in the sense that O’Rourke needed to use the debate to change the trajectory of the race, and he couldn’t,” Slate noted in its write-up Wednesday.

Other media pundits made similar observations. Michael Berry, a conservative radio talk show host in Texas, for one, told his legion of Twitter followers Tuesday night that O’Rourke appeared to be making a compelling case for why voters should vote for Cruz.

“Beto just said that Ted Cruz refuses to work with Chuck Schumer, Kamala Harris and Dianne Feinstein,” Berry wrote in a tweet, noting one of the jabs O’Rourke leveled against Cruz. “I think he just gave Ted Cruz a ringing endorsement.”