A group of 10 campaign staffers for Illinois Democratic gubernatorial candidate J.B. Pritzker filed a lawsuit against him Tuesday night for racial discrimination.

The staffers say they are suing Pritzker for multiple comments he allegedly made throughout his campaign. They said they are tired of working in a “hostile work environment” and a “cesspool of racial discrimination,” according to Fox 32. Pritzker also allegedly refused to visit one of his campaign offices because the area was “unsafe.”

“Black and Latino workers at JB Pritzker for Governor are marginalized, with their efforts put under a microscope and micromanaged while their white counterparts are given autonomy and concessions. As if the intentional herding of Black and Latino workers into specific areas were not bad enough, the few workers of color who were placed in majoritywhite working environments were likewise subjected to overt and invidious racial discrimination,” the lawsuit reads.

This is not the first time Pritzker has come under fire for racist comments. He was caught talking about the “least offensive” black American in a recording with former Democratic Gov. Rod Blagojevich in 2008.

Pritzker apologized for his previous comments in February of 2017, saying, “I regret some of the things that I didn’t say and some of the things that I did, but my heart is in the right place — that I’ve tried really hard through the course of my life to do the right things for the African-American community and for communities across Illinois,” Pritzker continued, “I’ve been better every day since.” 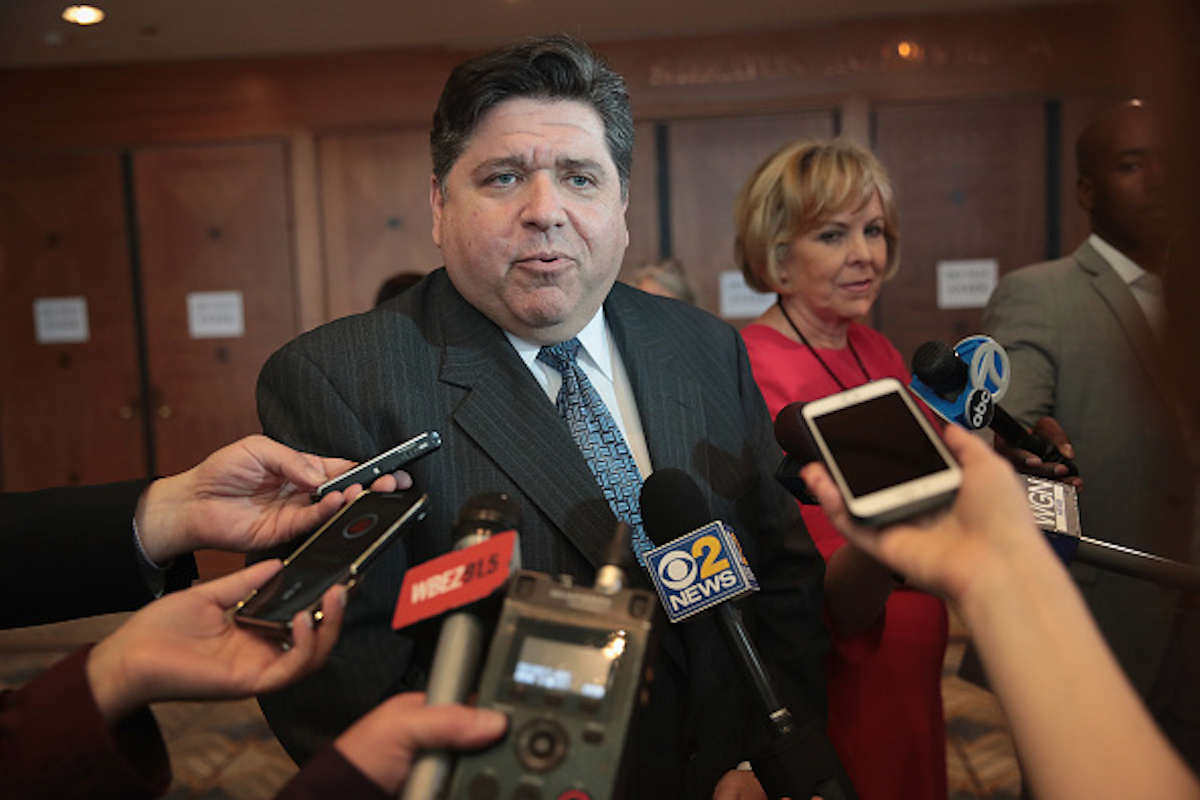 This also comes just weeks after seven representatives of the Illinois Republican Congressional Delegation called for an investigation of Pritzker’s alleged “toilet fraud” scheme, after he fraudulently obtained more than $330,000 in property tax breaks by removing the toilets in one of his mansions. (RELATED: Entire Illinois Republican Congressional Delegation Calls For Investigation Into Dem Gubernatorial Candidate’s ‘Toilet Fraud’)

Gov. Bruce Rauner, Pritzker’s Republican opponent, is down in the deep blue state by around 15 points, according to Real Clear Politics.