A CNN executive fired back after Buck Sexton, a former commentator for the network, criticized CNN’s coverage of Sen. Elizabeth Warren’s DNA test on Wednesday.

CNN vice president of communications Matt Dornic responded by pointing out that the phrase Sexton disagreed with was in quotations, and explained that it “means it’s a phrase attributed to someone other than the author.”

See how “strong evidence” is in quotes. That means it’s a phrase attributed to someone other than the author. It’s almost like you didn’t read the article or watch our coverage. Oh wait. https://t.co/xiyBTgeyBW pic.twitter.com/wFWZ731K8f

The two of them continued their back and forth, bringing up the titles of specific pieces on CNN’s website about Warren’s DNA test. 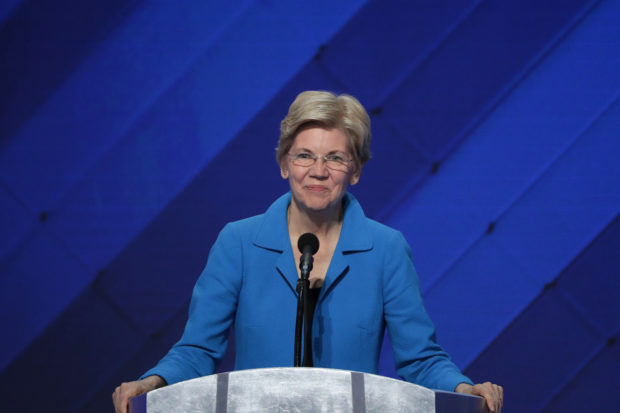 PHILADELPHIA, PA – JULY 28: Sen. Elizabeth Warren (D-MA) delivers remarks on the fourth day of the Democratic National Convention at the Wells Fargo Center, July 28, 2016 in Philadelphia, Pennsylvania. Democratic presidential candidate Hillary Clinton received the number of votes needed to secure the party’s nomination. An estimated 50,000 people are expected in Philadelphia, including hundreds of protesters and members of the media. The four-day Democratic National Convention kicked off July 25. (Alex Wong/Getty Images)

On Monday, the Boston Globe reported that the DNA test revealed Warren was somewhere between 1/64 and 1/1,024 Native American.

Funny, you’re leaving out this gem of “analysis” by a “reporter.”

CNN tried to run cover for Warren, and then got caught looking dumb. Your coverage then adjusted out of self-preservation.

It’s fine to be a DNC appendage.
Just own it. pic.twitter.com/jrpVWU0Dwg

“It’s pretty simple. Outlets like CNN constantly make partisan editorial judgments, and then when criticized they cling to the fiction that they’re unbiased journalists. It’s a game some of us just refuse to play anymore,” Sexton told The Daily Caller.

CNN did not respond to comment on the matter.