An explosive device killed 19 and injured at least 50 others at a vocational college in eastern Crimea Wednesday in what some Russian officials are calling a terrorist attack.

Most of the victims of the handmade explosive device were teenage students, according to Svetlana Petrenko, a spokeswoman for Russia’s Investigative Committee.

The committee said it is looking into possible signs of terrorism, while Russia’s National Guard has called the explosion an act of terrorism, according to The Associated Press.

Olga Grebennikova, the director of the vocational college in Kerch, told KerchNet TV that she saw men with what appeared to be automatic rifles run into the college and kill “everyone they saw.”

Gunmen burst into a college in Crimea, set off a bomb in the cafeteria and went through the building shooting anyone they saw. https://t.co/sgG5v4HRU3

Other eyewitnesses at the school told Russian media they also saw gunmen fire their guns into the air before the explosion went off, The Washington Post reported. (RELATED: EU Hits Six Russian Firms With Sanctions Over Crimea Bridge) 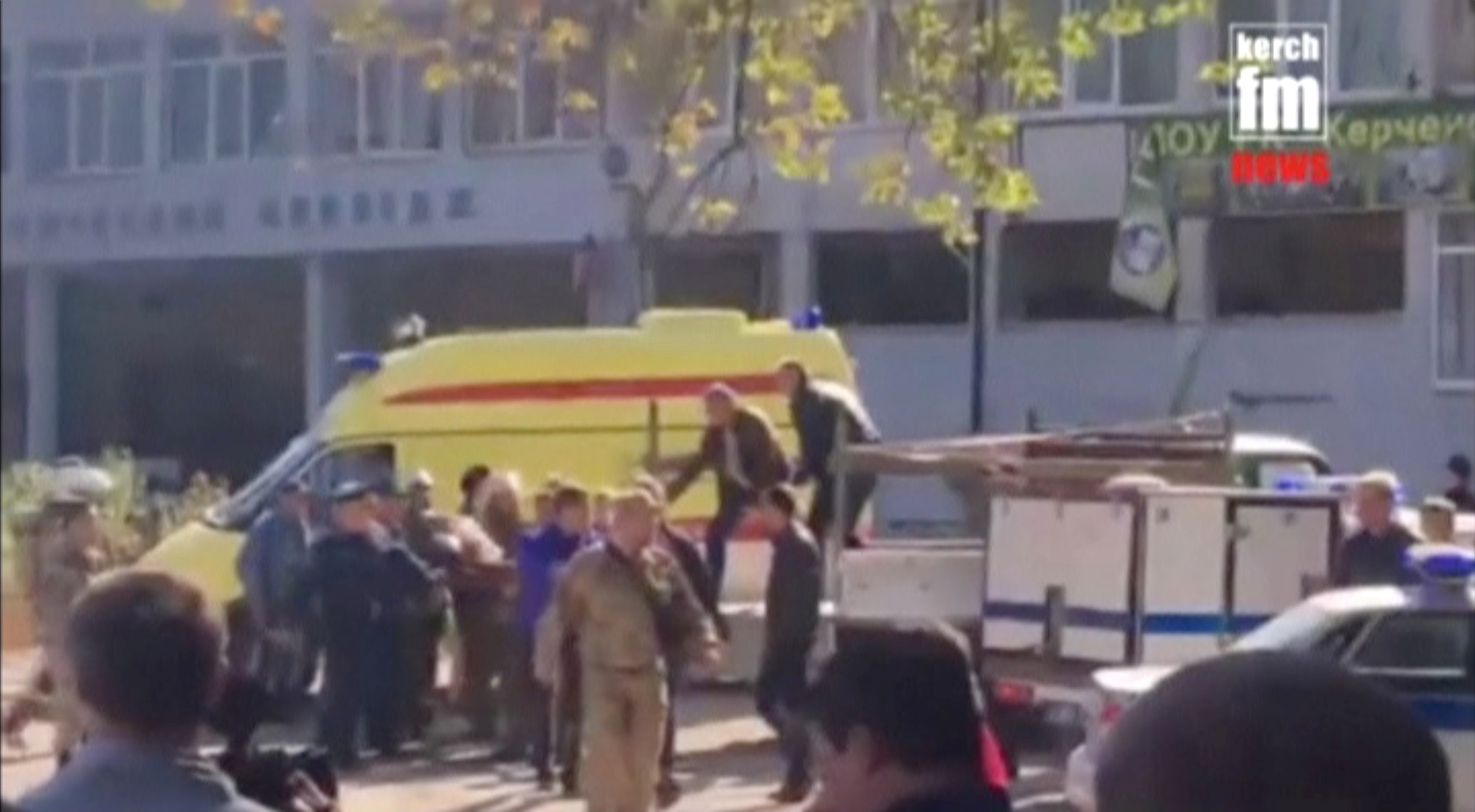 Emergency services carry an injured victim of a blast at a college in the port city of Kerch, Crimea, in this still image taken from a video on Oct. 17, 2018. Kerch.FM/Handout via REUTERS TV

A Russian official later told The Associated Press that the attacker was a student of the college who has killed himself.

Kerch, a city in eastern Crimea, is part of the peninsula that Russia annexed from the Ukraine in 2014.