Allen, who was also the owner of the Seattle Seahawks and Portland Trailblazers, passed away Monday at age 65 due to complications from non-Hodgkins lymphoma.

Paul Allen was known as a philanthropist. He spent $250 million on the biggest yacht in the world in 2003; he also owned two more yachts and a fleet of private jets, several sports teams. He paid to put the Qwest Field on the ballot so that working people picked up most of the $425M tab. He spent half a million dollars to defeat the I-1098 Tax the Rich statewide initiative in 2010.

After criticizing Allen for owning yachts, private jets and sports teams, she linked to a page titled “Remember the Greediest.”

Sawant tweeted that the Women’s March’s tweet was “terrible” and that it was “giving cover to ruling class & ultimately undermining struggles against oppression.”

This is terrible. @womensmarch organizers have helped lead historic protests since Trump’s election but this tweet shows how, without a political compass, even well-meaning progressives can end up giving cover to ruling class & ultimately undermining struggles against oppression. pic.twitter.com/AS3jzE7l1Y

She said he was an “enthusiastic supporter of every imperialist war” and that he “shares responsibility for hundreds of thousands of deaths. To whitewash that is to disrespect those who died in Iraq, Afghanistan, elsewhere.”

A politician’s legacy is a political not personal question. An enthusiastic supporter of every imperialist war while in office, John McCain shares responsibility for hundreds of thousands of deaths. To whitewash that is to disrespect those who died in Iraq, Afghanistan, elsewhere

“Paul Allen was the driving force behind keeping the NFL in the Pacific Northwest. His vision led to the construction of CenturyLink Field and the building of a team that played in three Super Bowls, winning the championship in Super Bowl XLVIII,” NFL commissioner Roger Goodell said in a statement, according to ESPN. 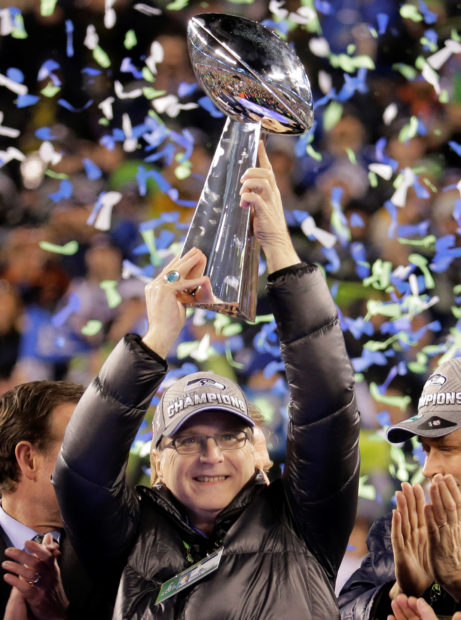 Allen donated over $2 billion to various non-profits dedicated to the advancement of “science, technology, education, the environment and the arts,” according to The New York Times.