It took about an hour for someone to get busted for cannabis consumption in a vehicle after Canada legalized pot Wednesday.

Recreational use of the drug officially became legal throughout Canada, but you still can’t use it in a car and at 1 a.m. A Winnipeg police officer issued a ticket for violating that rule. (RELATED: It’s Legal Weed Wednesday All Over Canada)

Insp. Gord Spado said the ticket was issued during a routine traffic stop.

“An hour into legality, and something illegal,” Spado told CBC News on Wednesday. 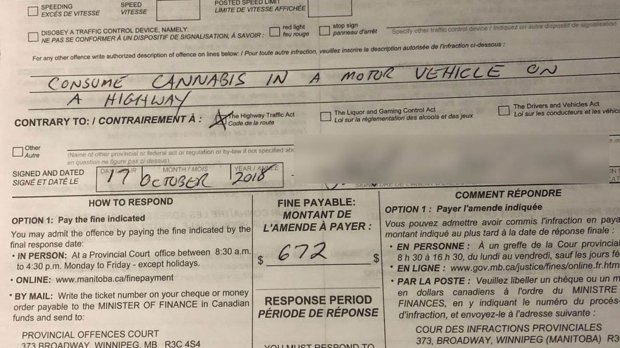 Canada’s first ticket for consumption of marijuana in a car was issued by the Winnipeg Police Service on Oct. 17, 2018 — the day marijuana became legal throughout Canada. Twitter screen capture.

It could have been worse. Spado told CBC that the pot consumed had to be purchased illegally because the first legal orders of marijuana could not have been delivered by 1 a.m. The officer did not give the offender a second ticket. (RELATED: Trudeau Government Says Judging Marijuana Impairment Depends On ‘Case By Case Basis’) 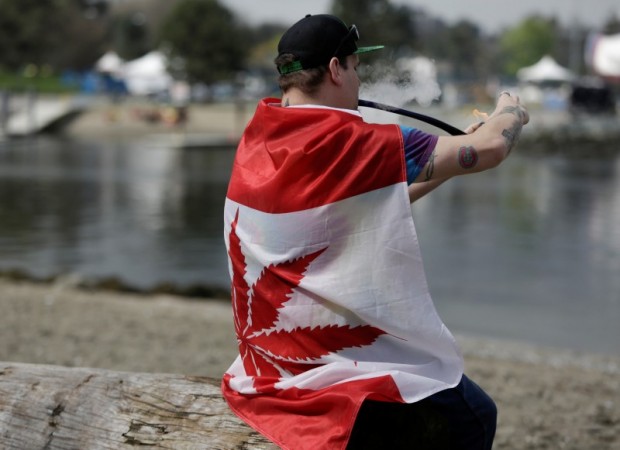 Kevin Lachapelle, 31, of Nanaimo is draped in a pot-leaf flag as he smokes from a pipe at the annual 4/20 marijuana event at Sunset Beach in Vancouver, British Columbia, Canada April 20, 2017. REUTERS/Jason Redmond

“It doesn’t look like anything was pursued as far as the illicit component of it goes,” he said. “I think that’s just the education piece of our members, knowing where to go with that. It’s still new to us, too, right, so we’re still learning.”