The Department of Justice opened an investigation into the Roman Catholic Church in Pennsylvania in response to the state’s grand jury report on sexual abuse.

“It’s groundbreaking if we’re going to see one of the U.S. attorneys pursuing the Catholic cases,” Child USA chief executive Marci Hamilton told The Associated Press. “The federal government has so far been utterly silent on the Catholic cases.” 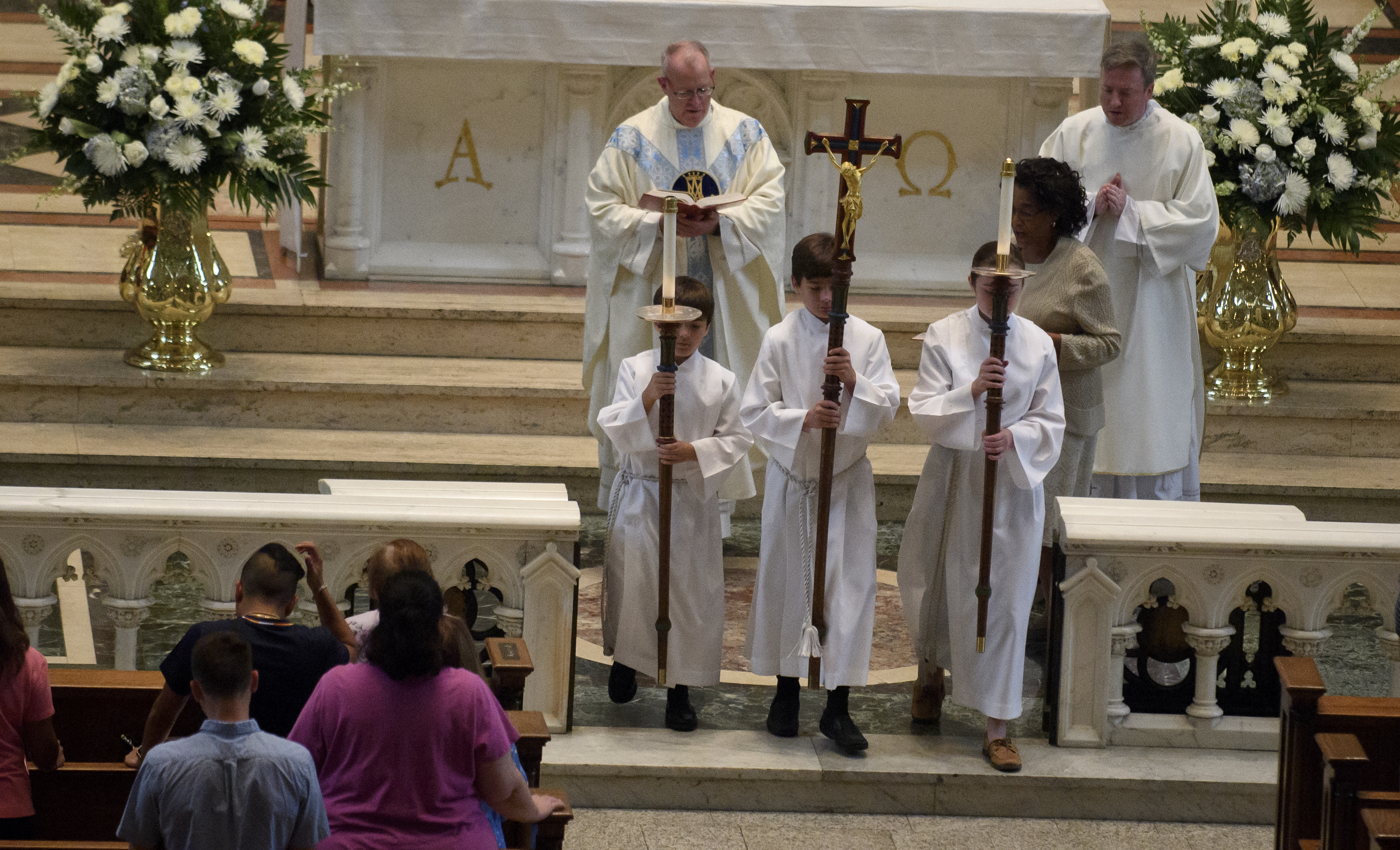 Parishioners worship during a mass to celebrate the Assumption of the Blessed Virgin Mary at St. Paul Cathedral, the mother church of the Pittsburgh Diocese on Aug. 15, 2018 in Pittsburgh, Pennsylvania. The Pittsburgh Diocese was rocked by revelations of abuse by priests the day before on Aug. 14, 2018.(Photo by Jeff Swensen/Getty Images)

McSwain issued subpoenas for any evidence that clergy took children across state lines with sexual intentions, instructed others not to report abuse to authorities or used diocesan funds to cover up abuse allegations, reassigned clergy accused of sexual abuse to other parishes, or sent sexual images. He also demanded information from the church’s “Confidential Files,” “Secret Archives” or “Historical Archives,” as well as information pertaining to the church’s insurance coverage, organization of leadership, and assignments or treatment of clergy. Treatment likely refers to the church’s practice of sometimes submitting priests accused of sexual abuse to psychological rehabilitation before reassigning them to other parishes.

The DOJ’s investigation marks a major development in the church’s sex abuse crisis, as the federal government has been largely silent on clergy sexual abuse until now. Mary Graw Leary of Catholic University’s law school noted that, while the sexual abuse crisis in the church is vast, the launching of a federal investigation doesn’t necessarily indicate that serious charges will be levied or that the government will go after higher church leadership.

“Because federal law enforcement is investigating something doesn’t always mean it is more serious or a bigger crime. Sometimes it just means there’s a federal question,” Leary said.

The investigation comes in response to Pennsylvania’s grand jury report on child sexual abuse in six dioceses, which identified over 1,000 victims and over 300 accused predator priests. While most of the crimes detailed in the report have passed the statute of limitations, two priests named in the report have been convicted of sexual abuse crimes and await sentencing.

“Priests were raping little boys and girls, and the men of God who were responsible for them not only did nothing; they hid it all. For decades,” the report reads.