The wife of former presidential candidate and Texas Senator Ted Cruz revealed as much during a wide-ranging interview with Elaina Plott that culminated in a story published on Thursday in The Atlantic.

Because of a contentious campaign that included Trump tagging her husband with the nickname “Lyin’ Ted,” attacking her for her looks and even suggesting that Cruz’s father had a role in the assassination of John F. Kennedy, many wondered whether Sen. Cruz would support the president or become one of the biggest critics. 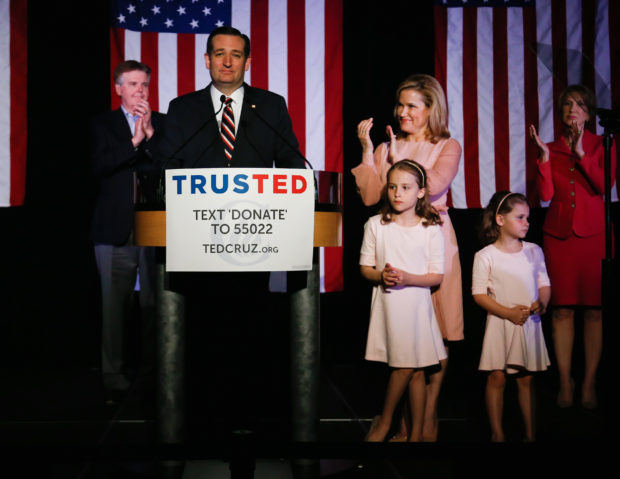 Plott writes of her conversation with Mrs. Cruz:

It’s a different time because a Republican is president. There was some anxiety during the general election, she admitted. “What I did talk to Ted about … was if we support him and he ends up not being a conservative—not appointing conservative justices, not doing tax reform — are we part of a damaging decision in history?” But it worked out, and she doesn’t regret voting for Trump. It was Ted, she said, who insisted Trump pull only from the Federalist Society’s list when nominating Supreme Court justices. In Heidi’s view, her husband “has kept his integrity intact.” And, by extension, she has kept hers.

“Now, after the election in 2016, I faced a choice,” said Cruz. “Donald Trump had been elected president, and we had an opportunity to do something extraordinary. I made a conscious choice to do the job I’d been elected to do, which is to represent 28 million Texans.” 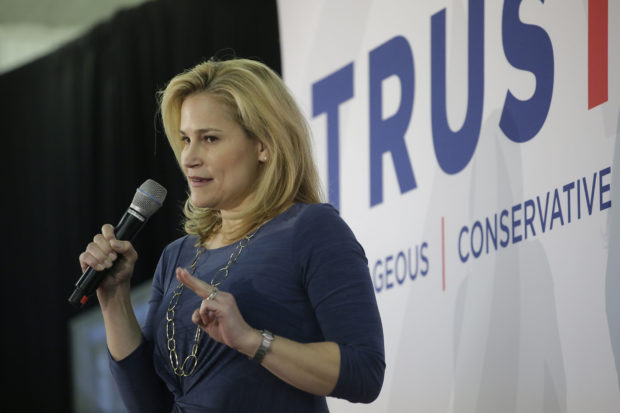 IOWA CITY, IA – JANUARY 31 : Heidi Cruz speaks about her husband Republican presidential candidate Ted Cruz during a campaign event at the Johnson County Fairgrounds January 31, 2016 inIowa City, Iowa. Cruz is campaigning across the state on the eve of the Iowa caucuses. (Photo by Joshua Lott/Getty Images)

“Texans’ lives are better, so yes I could have chosen to make it about myself to be selfish and say, ‘You know what, my feelings are hurt. So I’m going to take my marbles and go home,'” said Cruz. “But I think that would have been not doing the job I was elected to, and every single day in the Senate it has been my job to fight for jobs, jobs, jobs, and to fight for 28 million Texans.”