One of the women whose name was published in Democratic Sen. Heitkamp’s open letter, which listed alleged sexual assault survivors without their consent, said Thursday morning that she will not be voting for her.

The letter was directed at Heitkamp’s opponent for the midterm election in North Dakota. More than 100 names were listed, including Lexi Zhorela, who was on CNN, as “survivors of domestic violence, sexual assault, or rape.”

Following its publication, Heitkamp said in a statement, “I deeply regret this mistake and we are in the process of issuing a retraction, personally apologizing to each of the people impacted by this and taking the necessary steps to ensure this never happens again.” (RELATED: Heitkamp Apologizes For Running Ad Naming Alleged Sexual Assault Survivors Without Their Permission)

“You’ve said you are a liberal. You had planned to vote for Heidi Heitkamp, you will not vote for her now. Do you still plan to vote?” Erica Hill asked.

Zhorela responded, “I do plan on voting but you know, I’m definitely going to have to do my research and figure out the right choice for the situation. But as of right now she definitely lost my vote.” 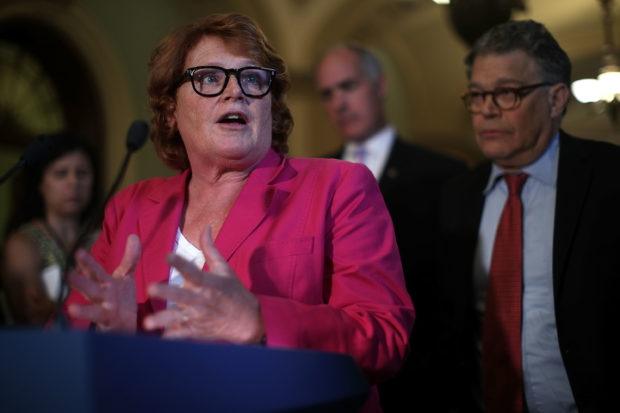 When asked how she’ll react when Heitkamp reaches out to her, she stated, “I would like to ask her, I guess, just how something so reckless and how careless could have happened? I still don’t understand how it could have happened. You know, how you can just take somebody else’s name without their consent and plaster it all over wherever you want just for what — for political gain or — you know, I don’t understand — I don’t understand the reason that people think it’s right to just take your name and use it without you even knowing about it.”