Based on additional information we’ve learned over the last week, it is clear Rod Rosenstein should resign immediately.

He has not cooperated with Congress, failed to be transparent about his actions, and shown a lack of candor in the way he’s characterized a number of events.

Meadows’ tweet came on the heels of a press gaggle — during which he made a similar statement to reporters — that took place following an interview with former FBI general counsel James Baker.

“I think at this particular point, Rod Rosenstein’s priorities are misplaced,” Meadows told reporters. “His unwillingness to come before Congress and allow us to conduct proper Congressional oversight, along with the other information that we’ve learned over the last week or so, would indicate that Rod Rosenstein has not displayed the candor of which would support one’s theory of actually believing that he has been open and honest in all regards.” 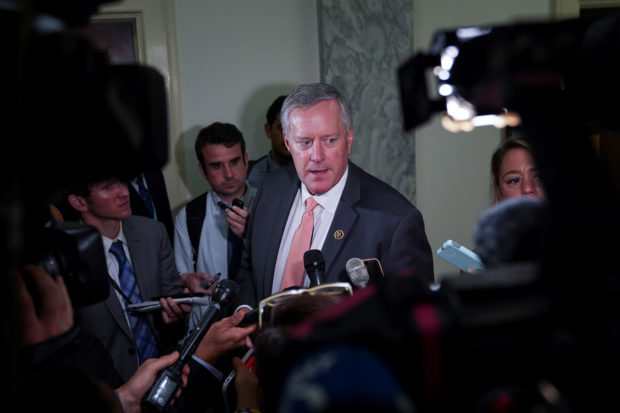 Catherine Herridge, Fox’s chief intelligence correspondent, told “Outnumbered Overtime” host Harris Faulkner that Meadows appeared to believe other witnesses had been more forthcoming — and more honest — than Rosenstein. “He also noted they’ve had more candor from other witnesses who have been willing to come to Capitol Hill, some voluntarily, some with the threat of a subpoena to submit to a transcribed interview.” (RELATED: ‘Very Soon’: House Chairman Plans To Subpoena Rod Rosenstein)

Rod Rosenstein gave an interview to Wall Street Journal today, after failing to show up in Congress last week to answer questions.

By hiding from Congress and making time for media interviews, Mr. Rosenstein has made his priorities clear. It seems transparency isn’t one of them.

At some point, we have to realize: the problem has never been President Trump. The problem is the coordinated effort to undermine him… and those who will stop at nothing to cover it up. https://t.co/KtE3b00Ki8

Meadows has been very critical of Rosenstein in recent weeks, claiming that the deputy attorney general has stonewalled requests for the release of documents and has been uncooperative with regard to answering questions.