Russian President Vladimir Putin said Thursday that globalization, and specifically gun violence in the United States, is to blame for Wednesday’s massacre at a vocational college in Crimea where a gunman opened fire, killing 20 and injuring 50 others.

Putin claimed the attack on the school, which also included a handmade explosive device, was in part influenced by shootings in the U.S.

“On social media, on the internet, we see the creation of entire communities,” Putin said at a forum in Sochi, according to BBC News. “Everything started with the tragic events in schools in the U.S.”

Five teachers and 15 students, including the gunman, were among those killed in Wednesday’s attack that resulted in the gunman, a student named Vladislav Roslyakov, 18, killing himself. With severe injuries, officials predict the death count could rise. (RELATED: Explosive Kills 20, Injures Dozens In Possible Terrorist Attack In Crimea)

Putin also said the massacre in Crimea is “a result of globalization,” suggesting it is a continuation of the U.S. shootings. 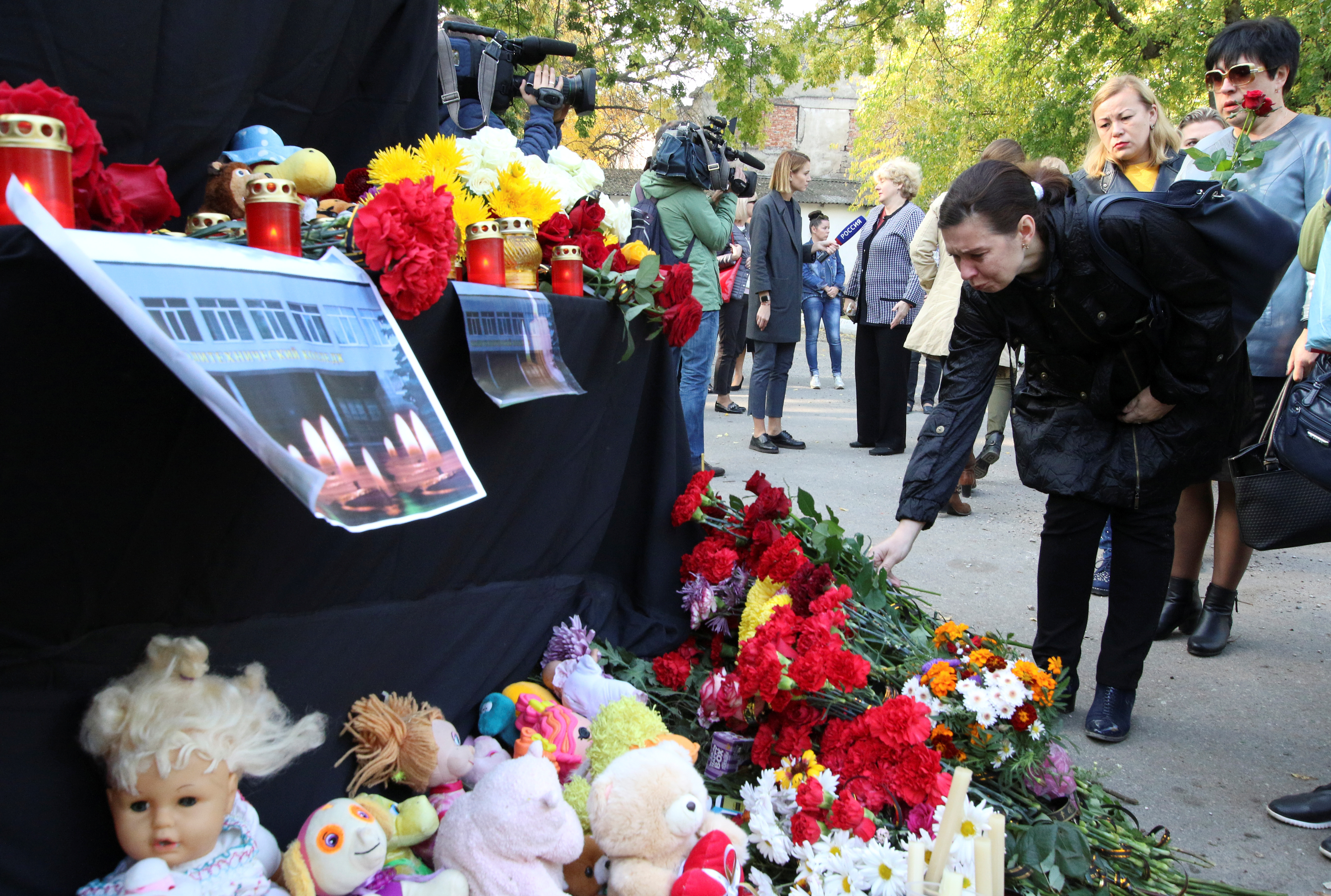 People gather at a makeshift memorial near the scene of a recent attack on a local college in the city of Kerch, Crimea October 18, 2018. REUTERS/Pavel Rebrov

“We’re not creating healthy [internet] content for young people […] which leads to tragedies of this kind,” Putin added.

A young girl claiming to be Roslyakov’s ex-girlfriend said he used to complain about being bullied at school and described him as “kind and considerate,” according to Agence-France Presse.

The attack occurred Kerch, a city in eastern Crimea, and is the deadliest attack to have taken place in Crimea since Russia annexed the peninsula in 2014, BBC reports.