The Democratic nominee in Georgia’s gubernatorial election had to walk back comments that suggested the agriculture and hospitality industries weren’t worth working in.

The controversy began when Stacey Abrams was giving a speech at Georgia Southern University as part of her “We Are Georgia” bus tour.

“I want to create a lot of different jobs because people shouldn’t have to go into agriculture or hospitality to make a living in Georgia. Why not create renewable energy jobs because — I’m going to tell ya’ll a secret — climate change is real,” Abrams said Tuesday at the campaign rally.

Throughout the campaign, Abrams has been a big proponent of solar and wind energy, and has made fighting climate change a part of her campaign platform. The Democratic candidate went on to claim in her Tuesday speech that the state could create 25,000 to 45,000 “good paying” jobs if renewable energy industry is recognized as “not only the future,” but also as “the now.”

The insinuation that agriculture wasn’t worth working in drew backlash from her critics. Georgia Secretary of State Brian Kemp, who is the Republican nominee in the election, suggested her comments were “hurtful” and an indication that she was spending too much time with her “socialist backers in San Francisco.”

Political pundits believe an insult against agriculture — which is the biggest industry in the Peach State — could badly hurt Abrams’ prospects in rural communities.

“The Kemp strategy is very obvious that they want to build up their base of support outside of Atlanta and most of that is agriculture communities. So for her to insult the agriculture community just sounds very weird and tone deaf,” Erick Erickson, a radio talk show host in Georgia and editor of The Resurgent, said to The Daily Caller News Foundation. 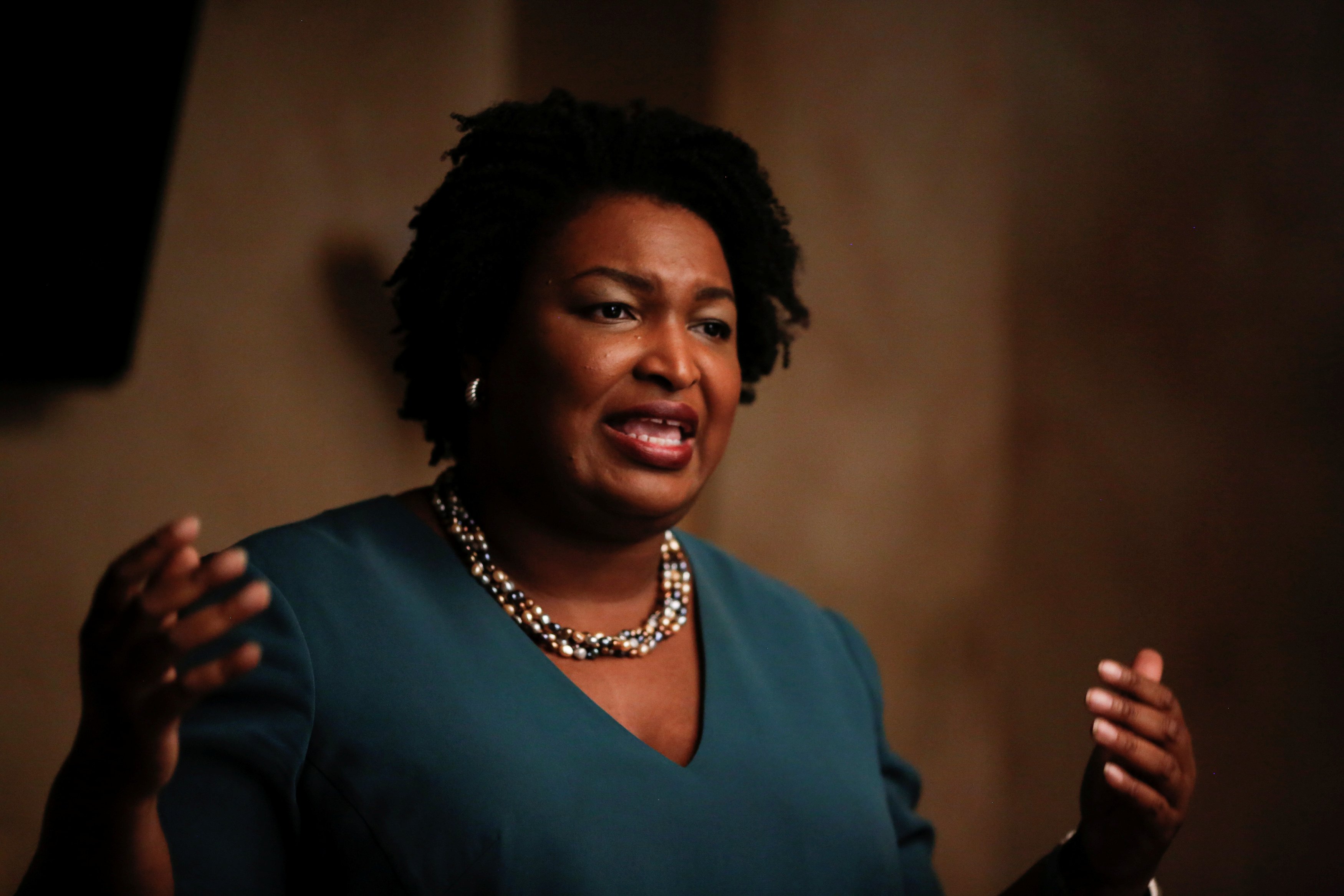 Stacey Abrams, running for the Democratic primary for Georgia’s 2018 governor’s race, speaks at a Young Democrats of Cobb County meeting as she campaigns in Cobb County, Georgia, U.S. on Nov. 16, 2017. REUTERS/Chris Aluka Berry

“The whole idea that she thinks the governor should have the power to create new industries is really what people — I think — should focus on,” Erickson continued. “Georgia has been one for the fastest growing states because government has gotten out of to way and let the private sector operate, and she clearly wants to undermine what has made Georgia as successful as it has been. Let alone, the agriculture industry is the biggest sector of the economy in Georgia.” (RELATED: Democratic Gubernatorial Candidate Has Accumulated Over $200,000 In Personal Debt)

Abrams has since walked back her comments, stating that she wants to diversify the state’s economy and raise wages across the board, calling agriculture a vital sector of the economy. Her campaign on Thursday flipped the issue back on Kemp, calling his attacks “assuredly misleading.”

“It is clear that Brian Kemp’s go-to tactic has become lying about Stacey Abrams’ bold plans and detailed policy proposals in order to cover up the fact that he has none of his own,” Abrams spokeswoman Abigail Collazo said in a statement.

This isn’t the first time the Georgia Democrat has made eyebrow-raising comments while on the campaign trail. Abrams said on Oct. 9 that the Democratic “blue wave” would be made up of documented and undocumented people, a sentence that suggests illegal aliens would be voting on Election Day.

Abrams said Sunday on “Meet the Press” that areas such as Albany, southwest Georgia and “Glasgow County” have been hit hard by Hurricane Michael. However, there is no Glasgow County in the state of Georgia.